We finally have confirmation of details that we’ve known about for months. Call of Duty Black Ops Cold War is coming soon.

Instead, a reveal trailer for the new COD is coming soon, on August 26th. After months of waiting and plenty of leaks and rumors, we’re finally getting the bigger details.

Evidently, the new COD’s title isn’t the only thing that’s far too long.

This reveal for Call of Duty Black Ops Cold War has been dragged out far too long. Everyone knew that we were getting a new COD game because we get one every year. We also knew what it was going to be called.

The game’s long-drawn reveal started at the beginning of August. A bunch of content creators were sent mysterious packages containing weird codes and clues that would eventually lead to a strange website and more piecemeal information.

Here’s just one of the many YouTubers who received an actual box from Activision, in the video below: 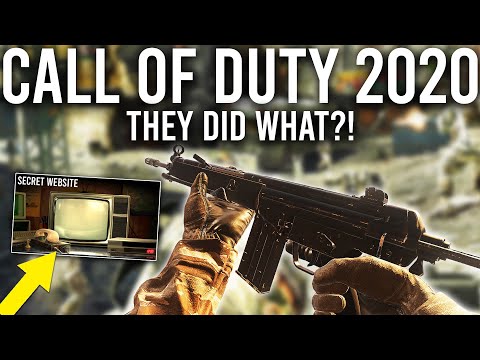 The reveal of Call of Duty Black Ops Cold War has been a breadcrumb trail of tiny hints and puzzles. Not only is the reveal months and months later than everyone expected, but it seems like Activision is drawing it out to generate more of a buzz.

At this stage, it isn’t enjoyable. A reveal should not be spread out across an entire month when it’s already months later than expected.

Even some long-time Call of Duty fans are starting getting a bit burned out by this reveal. People were wondering what was going on back in July when nothing has been revealed; by now, they’re just tired of a game reveal that is spread too thin.

The new title isn’t winning all gamers either. Call of Duty Black Ops Cold War is just unwieldy. It’s clear that Activision and Treyarch didn’t want to abandon the Black Ops name due to its popularity in the COD community.

You have to wonder why they didn’t just call it Call of Duty Black Ops again; it was good enough for Modern Warfare. At least, on the 26th, this laborious drip-feed strategy will finally be over. The game will be fully revealed, and hopefully, we’ll know when it’s being released as well.

None of that will save us from that terrible title, though.