A senior executive at the AARP made headlines this week for responding to the “Ok boomer” meme on social media with this charming retort:

OK, millennials. But we’re the people that actually have the money.

But according to a recent report by Fidelity Investments, “boomers” might not have the money for much longer. The $2.5 trillion investment giant warns that baby boomer retirement accounts have over-allocated their savings in stocks.

The financial planning company says this exposes their wealth to “unnecessary risk, especially if the market was to trend downward.”

While the market’s performance over the last few years has had a positive effect on many retirement account balances, it may have also contributed to some individuals having more stock than is recommended.

How many individuals? Fidelity says 23.1% of 401(k) savers have an asset allocation with a higher than recommended percentage of equities.

Among baby boomers, American investors aged 55-to-75, that figure is higher: 37.6% are over-exposed to the stock market, and the risk of a downturn in stock prices. Astoundingly, nearly 8% of baby boomers with 401(k)s have 100% of those savings in the stock market.

To manage risk and contain losses, Fidelity recommends a well-balanced portfolio to allocate 35% of assets to US stocks, and 15% to foreign stocks, for a total equities exposure no higher than 50%.

The euphoria of the longest stock market bull run in history might be intoxicating for boomers looking to shore up their retirement funds.

But it appears to Fidelity that a number of them are perilously momentum investing without heeding the signs of a potential downturn in stock prices.

Fannie Mae’s sentiment indicator painted a bleak picture for the US housing market in October. Meanwhile, US manufacturing continued its marked decline through the third quarter of this year. The yield curve on long-term bonds is moving as it has before previous economic downturns.

Moreover, the “Buffett Indicator” is mirroring levels last seen before the Great Recession and the dotcom crash before that. 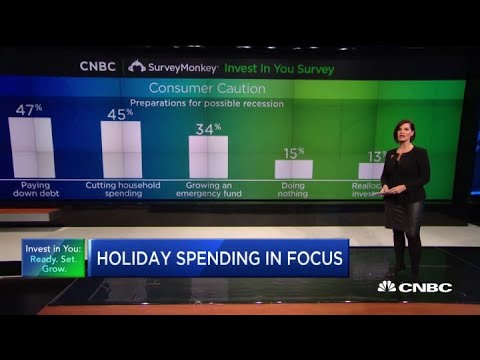 Are boomers ignoring these ill portents? Yes and no. More baby boomers are over-exposed to the stock market than four years ago, when Fidelity reported 35% of 401(k) investors aged 51-to-69 had over-allocated their account to stocks. Today, it’s 37.6%, even though the stock market shows signs it’s losing steam.

But at the more extreme end of the distribution, it’s noteworthy that 10% of boomers were keeping all of their 401(k) eggs in the stock market basket in 2015. At least today, Fidelity finds that figure has dropped to 7.9%.