U.S. government debt yields extended their steep recovery this week, underpinned by optimism that the United States and China were nearing an interim trade agreement.

With bond yields surging, CNBC reported Thursday that “the scary recession warning everyone was talking about has gone away.” But just because interest rates are rising, it doesn’t mean investors aren’t hedging against recession. As CCN.com reported last month, U.S. bond yields are behaving exactly as they would before a major economic downturn.

After rising as much as 16 basis points on Thursday, the yield on the benchmark 10-year Treasury note stabilized in the final session of the week. The yield reached a session high of 1.96%, slightly below Friday’s peak, before settling at 1.93%, according to CNBC data.

Interest rates have been recovering for the past month as investors tilted back toward risk assets. The Dow, S&P 500 and Nasdaq have all attained record highs over that stretch while gold and bond prices have declined.

The Federal Reserve lives on in infamy for never predicting a recession, but its actions in recent months signal that policymakers are already bracing for the worst.

Central bankers have not only cut interest rates three times since July – something that would have seemed highly abnormal less than one year ago – they are taking drastic measures to shore up the repo market. A sudden surge in overnight interest rates in mid-September forced the New York Fed to introduce ‘emergency’ liquidity measures to keep borrowing costs from spiraling out of control. But those emergency measures are now common practice for the New York Fed, which just added another $115.14 billion to the financial markets on Thursday.

The Fed is taking Treasurys and mortgage securities from the nation’s lenders in exchange for short-term cash because banks can’t seem to source that liquidity from each other. In other words, at least one major financial institution on Wall Street is sick. Max Keiser of the Keiser Report believes its JPMorgan, but nobody knows for sure who the Fed is covering for (at least, not yet). 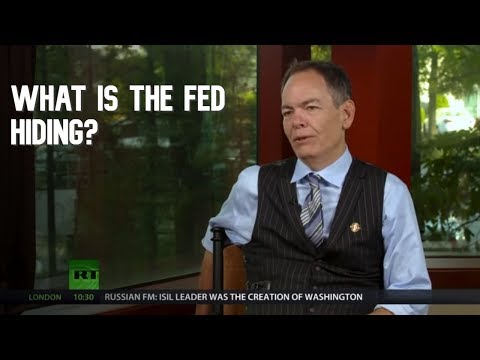 Going back to the yield curve: What’s happening now is usually what transpires after a major inversion takes place. That point was aptly noted by none other than CNBC back on Oct. 19. As Thomas Franck reported at the time:

A sudden steepening of the curve following an inversion like the one occurring now almost always happens just before or during U.S. recessions.

If decades of trend-setting data are correct, the U.S. economy could be sliding into recession by the start of the second quarter of 2021. That’s because yield-curve inversions predict recession 22 months later, on average. The countdown began in August when the 10-year yield fell below the 2-year interest rate for the first time since before the financial crisis.