Resident Evil 4 is one of the best games in the series. That doesn’t particularly feel like a controversial statement. It was the game that revolutionized the series. It almost certainly inspired a whole slew of 3rd-person action games that came after it to boot.

Capcom has sort of been stuck in a ‘remake/reboot’ mode with the Resi series over the past few years. Now it’s time for that particular wave of nostalgia to sweep over Resident Evil 4. You might be surprised to hear that some fans aren’t all that happy about it.

Resident Evil 4 Is Still a Masterpiece

There are several reasons for the tension surrounding the Resident Evil 4 remake. Partially it’s because many see the game as holding up to modern standards so well. But, a significant part of it is the perceived slight against other games in the series.

Specifically, people seem upset that Resident Evil: Code Veronica appears to have been entirely skipped. While Resident Evil 4 bears the number denoting it as the next major installment in the series, Code Veronica is chronologically the game that follows on from the end of 2 and 3.

Many people on Twitter are upset that Code Veronica isn’t getting an update. It was the first game in the series to use real-time 3D rendered environments. A 20-year old game, those backgrounds now look a little long in the tooth. An update would probably go a long way towards fixing that a little. 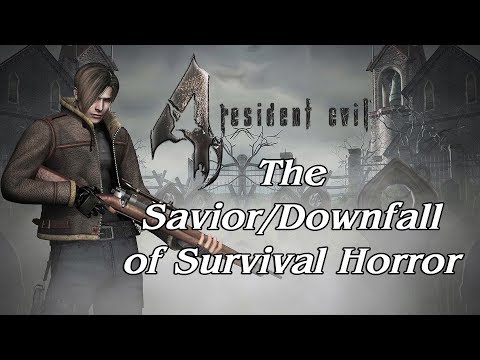 Too Much Change Could Ruin a Good Thing

Another big part of people’s concern revolves around changes that might be made to Resident Evil 4. After all, the game is frequently lauded as one of the best games of all time. After some significant changes happened to characters and plotlines in the recent remakes, people are scared that changes would come to 4 as well.

It’s an understandable fear. When a game that so many love is being remade, change is inevitable. It’s not like much will be directly translatable from the original version. The game is over 15 years old at this point. Everything from models and textures, to audio, has come so far since then.

No matter what people say, the remake of Resident Evil 4 is probably going to sell pretty damn well. Many might wish other games are more deserving of an update, but it seems unlikely that those people are going to avoid buying Resi 4 Remake when it comes out. Who could possibly forgo the chance to play such a classic game one more time with a fresh coat of paint?