Why Los Angeles NBA Teams Are Crushing It on Ticket Sales

StubHub releases the most in-demand NBA teams by ticket sales & by most popular games (4 at Staples Center). pic.twitter.com/eggoAu36K6

“Is China on there?”

Fascination with the Lakers

For decades, the Lakers have been consistently one of the most popular NBA teams across the globe. The franchise has seen numerous dynasties over the years, with some of the greatest to ever play the game of basketball having worn the purple and gold of the Lakers.

The 1980s Lakers team that won five NBA championships in nine seasons was nicknamed “Showtime.” The exciting, fast-breaking offense had Magic Johnson at its helm.

The team went into a lull before acquiring Kobe Bryant and Shaquille O’Neal in 1996. This combo paved the way for seven championships in 11 seasons, including a three-peat from 2000-2002.

The signing of LeBron James in 2018 was the marquee player the team needed. He was the perfect player to once again energize the Lakers fan base and make the team relevant again from a viewership point of view.

The rise in popularity of the Clippers

The Clippers have been the poorer sibling to the Lakers since moving to Los Angeles in 1984. Also playing at the Staples Center, they have never won an NBA Championship.

The team has now made seven consecutive playoff appearances, massively boosting its profile.

In the recent offseason, the Clippers made two major signings in bringing recent NBA championship winner Kawhi Leonard to the team along with six-time all-star Paul George.

The addition of these star players and the continued playoff success of the Clippers are making them more popular with fans each year. ESPN ranked the Clippers as the worst franchise in all pro sports in 2009. This showcases just how far the team has come over the past decade.

Obviously, the population plays a factor in the popularity of the two teams. The greater area of Los Angeles has a population of over 18.7 million people.

The Laker’s propensity for being a flashy team in the home of Hollywood helps to attract big-name players.

Having the best players in the game over the years was a cornerstone for building such a large fan base. People wanted to tune in or go to games regularly to see the likes of Wilt Chamberlain, Kareem Abdul-Jabbar, Magic Johnson, and Kobe Bryant play.

The fact that the Lakers are situated in the home of show business also helps. For most home games there will be a smattering of celebrities dotted around the crowd.

Players will have a lot more opportunities by going to LA instead of playing somewhere like Utah or Memphis, Tenn. They will be in the limelight, which will give them more social media followers and endorsement opportunities.

To put things in perspective, the Lakers have a $3.7 billion valuation, which is only behind the New York Knicks in the NBA rankings. The Clippers are in ninth place with a $2.2 billion valuation. The Memphis Grizzlies, in contrast, have a valuation of just $1.2 billion, all according to Forbes data.

It is a lot harder for teams from more obscure cities to attract the best players. This leads to a power vacuum where the same teams dominate year on year, making it harder for teams like the Toronto Raptors to breakthrough and become more popular. 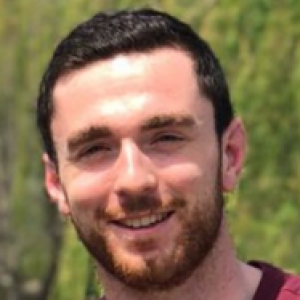 Andrew has a degree in Economics and Finance, but he has always had a passion for writing. For the past number of years, he has been writing for a number of news sites focusing on sports, finance and gambling-related topics. Based in Ireland, Andrew loves nothing more than a creamy pint of Guinness. As an avid sports fan, Andrew has attended major sporting events across the globe. Contact: andrewomalley10[at]gmail[dot]com Richard Sherman in Sudden Turn Backs Down from Controversy