The Lakers have adopted another dubious strategy for the 2019 season. Last year, they were determined to surround their new superstar LeBron James with washed-up veterans who couldn’t shoot. This year, they’re looking to sign people related to talented players.

Los Angeles just signed David Stockton, son of Hall of Fame point guard John Stockton. While he’ll likely go straight to their G-League team, the South Bay Lakers, Stockton has a small shot at making the roster. The 28-year-old point guard played in just six NBA games last year, scoring a total of 18 points. The rest of the NBA must be terrified.

He’s not the only relative of a superstar on the current rosters. The Lakers picked up Kostas Antetokounmpo on a waiver claim in September. Brother of league MVP Giannis Antetokounmpo, this move could be with an eye towards the Greek Freak’s 2020 free agency. Regardless, Kostas could only muster his way into two NBA games last year with the Dallas Mavericks. If the Lakers can’t figure out a strategy to surround their stars with top-level talent, it likely won’t sway Giannis any closer to their side.

The Lakers now have under contract David Stockton and Kostas Antetokounmpo. Who are they going to sign next…Riley Curry.

Bronny to Lakers Next?

Maybe this is just a tactic to show LeBron how they’ll treat players related to NBA royalty. James has said he would love to play a season with his son. LeBron “Bronny” James Jr. has been showing a ton of promise. His three-point shot already looks better than his dad’s and he’s starting to throw down windmill dunks. Oh, and he’s only 14-years-old. 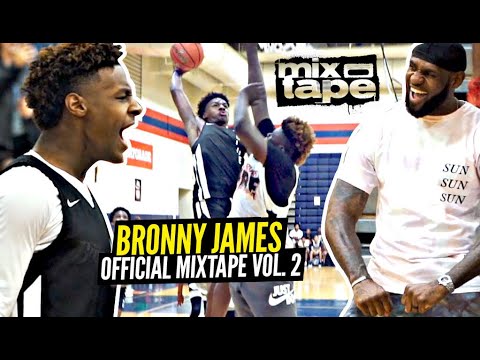 In order for the two to join forces in the NBA, LeBron Sr. would have to play until age 39. It seems like a real possibility given James’ incredible physical durability up to this point.

Jerry Buss purchased the Lakers in 1979 and went on to become one of the most beloved, and successful, owners of all-time. During his tenure, the Lakers won an astounding ten championships. Since his death in 2013, ownership transferred to his children and the Lakers haven’t made the playoffs since. Jim Buss spent the next few years blundering through his role as executive decision-maker. He was fired in 2017.

Magic Johnson quits as Lakers president, saying he wants to "go back to having fun" https://t.co/OdeLyJEN9L pic.twitter.com/hn78g3x7CA

His sister, Jeanie Buss, took over to make questionable hires of under-qualified (but Lakers “family”) executives Rob Pelinka and Magic Johnson. Magic Johnson quit two years into his tenure and Kobe Bryant’s former agent, Rob Pelinka, remains at the helm. After all, who else is going to hire people who are related to good basketball players?