The job market just took its first encouraging turn this pandemic as unemployment is starting to shrink.

State-level jobless rolls dropped for the first time since the start of the pandemic, a sign people are starting to return to work amid a gradual reopening of the economy. 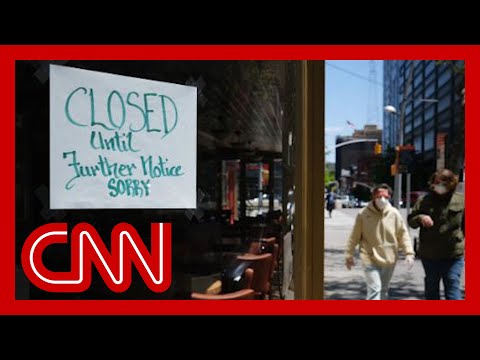 The economic damage from the pandemic is still hitting hard across the country as companies continue to slash jobs.

Initial jobless claims for regular state programs totaled 2.12 million during the week ended May 23, down from the prior week’s 2.45 million and marking the eighth straight weekly decline.

Ian Shepherdson, the chief economist at Pantheon Macroeconomics, said in a note:

At this pace, claims won’t be back below 1 million until September, though we expect the gradual reopening will start soon to push claims down more quickly.

Prolonged unemployment can weigh on consumer sentiment and spending, crushing hopes of a quick economic recovery.

Next week’s Mays job report is expected to show an unemployment rate of around 20%, the highest since the Great Depression when it peaked at 25.6%.

According to Jason Reed, a professor of finance at the University of Notre Dame’s college of business, many workers might not get their jobs back:

As workers remain unemployed, concerns will grow regarding temporary unemployment becoming permanent, employee networks drying up, and skills getting rusty. Although it’s too soon to know now, the concern is that unemployment will continue to be an issue even after we begin the recovery.

University of Chicago research estimates that 42% of recently unemployed workers won’t return to their jobs.

The Stock Market Isn’t Pricing In a Long Recovery

The stock market rally shows that investors are optimistic about states reopening, but economists have warned that the recovery from the pandemic could take years. A return to regular activity is unlikely until we have a vaccine or an effective treatment.

The reopening of the economy could cause a second wave of infections, which would delay the economic recovery. People who return to work might lose their job again and go back on unemployment.

We’ve been in this vacuum of good news about vaccinations and reopenings, dislocated from the reality of the economic numbers. The closer we get to July, the more vulnerable the market could be as we see the next quarter’s earnings.

The stock market seems to dismiss the notion that the economy won’t return to normal for a long time.

To respect social distancing, businesses that are reopening will have to run at reduced capacity, which will impact their profits. Plus, consumers might be less inclined to spend on non-essential items as their financial situation is more precarious.

Another threat that the stock market is underestimating is that many workers who haven’t lost their jobs are facing pay cuts, leaving them with less money to spend.