U.S. government debt yields stabilized on Wednesday, as demand for equities waned over concerns of a dysfunctional Brexit process.

The yield on the benchmark 10-year Treasury note reached a session low of 1.73% on Wednesday, according to CNBC data. It was last seen at 1.766%, where it was unchanged.

The yield on the 2-year Treasury note hovered within a narrow range, eventually settling at 1.584%.

Bond yields have risen over the past two months, correcting a frightful inversion that sparked concerns of an imminent downturn in the U.S. economy. While the so-called ‘recession indicator’ has corrected itself, the yield curve still portends recession in the long term.

Less than a week ago, markets were celebrating the prospect of a smooth Brexit after British Prime Minister Boris Johnson struck a deal with his European Union (EU) counterparts to exit the political union once and for all. Although British parliament accepted the draft Brexit deal in principle, it forced the prime minister to ask the EU for a three-month delay.

European Council President Donald Tusk has come out in support of the extension, but there is a chance that some EU members will demand a shorter exit timetable.

Following PM @BorisJohnson’s decision to pause the process of ratification of the Withdrawal Agreement, and in order to avoid a no-deal #Brexit, I will recommend the EU27 accept the UK request for an extension. For this I will propose a written procedure. 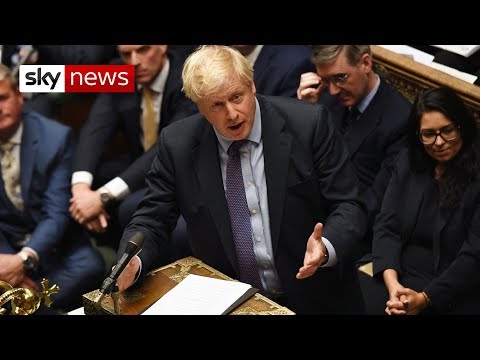 When Johnson became prime minister this summer, he vowed to exit the EU by Oct. 31. Delays in the Brexit process under former Prime Minister Theresa May had a negative impact on business sentiment. In the second quarter, Britain’s economy contracted for the first time in seven years.