U.S. Treasury yields rose on Thursday, as government bond prices fell, following news that the United Kingdom and European Union have finalized a draft Brexit deal that will pave the way for Britain’s eventual withdrawal from the bloc.

The price of U.S. government bonds declined on Thursday, pushing yields higher. The yield on the benchmark 10-year Treasury note peaked at 1.80%, according to CNBC, the highest since Sept. 19. At last check, the 10-year yield was hovering just below 1.76%. 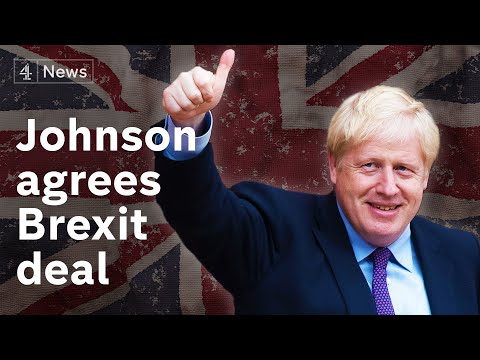 Less than three months after assuming office, British Prime Minister Boris Johnson on Thursday announced “we have a great new Brexit deal” with the European Union. He called on policymakers to back the draft agreement when it’s tabled before Parliament on Saturday.

We’ve got a great new deal that takes back control — now Parliament should get Brexit done on Saturday so we can move on to other priorities like the cost of living, the NHS, violent crime and our environment #GetBrexitDone #TakeBackControl pic.twitter.com/etNQNeIfgw

🇪🇺🤝🇬🇧 Where there is a will, there is a #deal – we have one! It’s a fair and balanced agreement for the EU and the UK and it is testament to our commitment to find solutions. I recommend that #EUCO endorses this deal. pic.twitter.com/7AfKyCZ6k9

The deal came to fruition following intensive weekend negotiations that saw both sides narrow the gap on several contentious issues, including the status of Ireland’s border after Brexit. EU Council President Donald Tusk said Johnson’s deal accepts “customs checks at the point of entry to Northern Ireland.” The compromise essentially avoids border checks between Northern Ireland and the Republic of Ireland.

With the deal, Johnson was able to do in less than three months what former Prime Minister Theresa May failed to accomplish in three years. But despite receiving the blessing of EU leaders, Johnson must still convince U.K. Parliament to pass the motion. In practice, he’ll need 320 votes, or a simple majority, to pass the Brexit deal. Most Conservatives and independents who left the Tory party are expected to back the deal.