Dr DisRespect opened up about how his ban from Twitch has effected his anxiety in a recent stream.

Despite hitting record numbers on his move to YouTube, the streamer’s ban from his previous platform has dramatically affected his mental health.

The worst part is that Twitch hasn’t even come clean about why he was banned.

What Is Twitch Thinking?

It makes sense that Twitch wasn’t able to publically announced the reason behind Dr DisRespect’s ban. When contracts are involved and potential legal proceedings, public disclosure is rare.

It doesn’t make sense that the platform won’t Dr DisRespect why he’s banned. Twitch banned him over a month ago, and he still doesn’t know why.

And it’s harmed the Doc, as you can see in the video below. 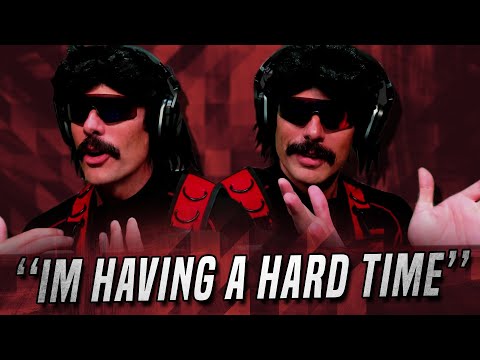 Even if you’re not a fan of Dr DisRespect, you have to admit this situation makes Twitch seem heartless. The streamer deserves to know why the community he had spent four years building on Twitch was abruptly taken away.

Instead, Twitch remains silent. Despite the damage that this is doing to the Doc, his loathsome old platform says nothing.

It’s not a shock that most people still don’t trust Twitch. When they can take your entire channel away from you with no warning, and with no reasons given, it’s hard ever to take the platform’s side. The only question is who’ll be Twitch’s next victim.