The small change quickly led many fans of the streamer’s to wonder if he is headed to YouTube next. The reason for Dr Disrespect’s Twitch ban hasn’t been confirmed. One unsubstantiated rumor suggested it’s because the streamer was conspiring to move to another platform and take other big-name streamers with him.

There’s a theory circulating that drdisrespect’s ban is linked to @Spotify who recently struck a 100m+ deal with @joerogan. Theres speculation that they also approached other creators like Doc to sign

Clip saying Doc talked to Joe’s producer in May 👇

What are your thoughts? pic.twitter.com/cMZXMbin0W 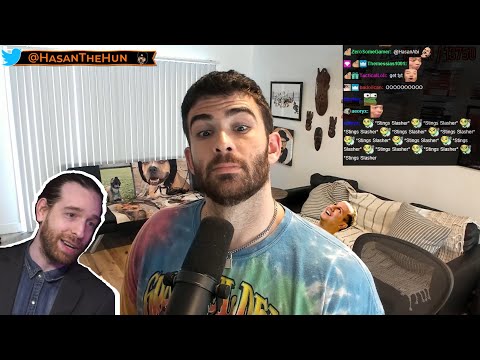 In the same stream, HasanAbi said that the conversation with Slasher had taught him that Dr Disrespect’s Twitch ban is allegedly due to a “severe criminal element.” HasanAbi also suggested that Slasher could face “potential legal repercussions” if he was to reveal the reason for Dr Disrespect’s ban, prompting Slasher to agree with what he’d said.

Theories of the streaming megastar lining up an exclusive deal may have been shot down, but this doesn’t mean that he won’t suddenly pop up on other platforms. Last week, Ninja held a hugely popular YouTube stream, without a deal being in place.

A separate report confirmed that Ninja is in talks with YouTube, Twitch, and Facebook Gaming over a deal and that he chose to do the YouTube stream on his own. That could also be what Dr Disrespect is planning to do, though fans won’t know until the streamer himself confirms it.