Although Donald Trump’s impeachment trial is nearing its end, the president looks unlikely to be booted from office— at least for his dealings in Ukraine.

This Democratic campaign to remove Trump from the Oval Office has been in vain, but they could have another shot – or even two – in the months ahead.

This time, instead of a whistleblower, the Democrats could have a dress in a scandal that’s eerily reminiscent of Bill Clinton’s impeachment trial in the late ’90s.

Back then, President Bill Clinton was dodging sexual misconduct allegations left and right. It all came to a head when Monica Lewinsky revealed that infamous blue dress.

Fast forward two decades, and we have a similar, albeit more serious, situation.

Dozens of alleged victims have accused Donald Trump of crimes against women, including instances of sexual harassment and rape. Trump has vehemently denied the accusations, often with some version of:

I don’t know that woman, I never met her in my life.

But that mountain of accusations could potentially come crashing down on Donald Trump in a just a few weeks. The reason? One of his accusers’ dresses.

Caught by a Dress? 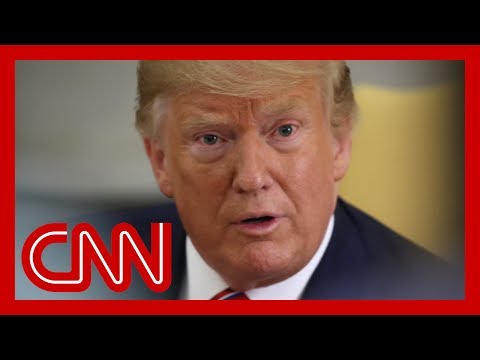 E. Jean Carroll says Donald Trump forced himself on her in a dressing room at Bergdorf Goodman more than 20 years ago. Trump has denied the claim, saying he’s never met Carroll and doesn’t even know her. Carroll says her dress could prove otherwise [AP].

Despite the fact that the dress is more than two decades old, she claims it’s unlaundered and could contain traces of the president’s DNA. Tests have confirmed the presence of unknown male DNA, and Carroll’s lawyers are demanding that Trump provide a sample for comparison.

If Trump’s DNA matches, it could set off a chain reaction among his other accusers. It wouldn’t prove that Trump raped her, but it would demonstrate that he lied about not having contact with her.

This would cast a shadow of doubt over his other denials.

The Evidence Is Circumstantial – But Compelling

But is Carroll telling the truth that she never washed the dress?

She wore it on at least one other occasion— for a photo in New York magazine. In the photo, the dress actually looks a bit more like a coat, making it possible that she could have been wearing it in 1987 when she was photographed with him years before the alleged attack [New Yorker].

To be sure, Donald Trump’s DNA on the dress would prove little more than the 1987 picture of the two at the party— that they did know each other.

It would certainly add weight to her story, but it isn’t a smoking gun.

As Trump Escapes One Impeachment, Is Another Trial Looming?

But Carroll isn’t the only one trying to prove that Donald Trump is lying.

Summer Zervos, a former Apprentice contestant, tells of a similar encounter in which Trump accosted her. Though Trump admits to knowing Zervos, he claims he never met her at the hotel where she alleges the encounter happened.

But in the lead-up to Zervos’ trial, her lawyers corroborated her story using Donald Trump’s cell phone records and schedule from the day in question.

Once again, the evidence doesn’t definitively prove the president assaulted her, but it does suggest he’s lying about never having met her at the hotel.

Taken together with the evidence in Zervos’ case, Carroll’s dress could be difficult for lawmakers – even GOP lawmakers – to explain away.