Donald Trump’s impeachment made history, even though virtually no political analysts expect him to be removed from office.

This year, Trump’s impeachment regarding his abuse of power could be overshadowed by a second impeachment case: lying under oath and obstruction of justice.

A defamation lawsuit brought by ex-Apprentice contestant Summer Zervos could be the president’s undoing this month if her allegations of sexual harassment are proven true.

Zervos claims the president assaulted her back in 2007. He called her a liar— triggering the defamation suit. Trump has vehemently denied the ordeal, but as discovery presses on in the case, his excuses are starting to look a bit thin.

Donald Trump Sets the Table for a Second Impeachment

Zervos’ case has a deposition deadline of January 31, and a judge has cleared the way for Trump to be questioned. That means the president will have to respond to the allegations under oath this month.

That’s significant because if he stands by his previous statements— that Zervos made the whole thing up— he could be walking the same path as former President Bill Clinton.

Clinton swore under oath that he didn’t have a relationship with Monica Lewinsky, while also striving to discredit Lewinsky and cover up his behavior. That led to him being impeached for lying under oath and obstructing justice.

Trump risks impeachment for similar offenses if he lies about his encounter with Zervos. If he’s impeached again, he would be the first president to undergo an impeachment hearing more than once.

What Summer Zervos Claims Trump Did 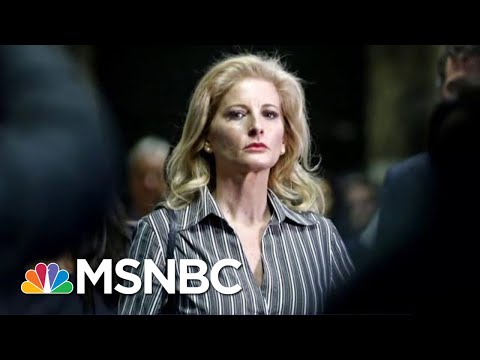 Zervos has consistently stated that Trump asked her to meet him for dinner at the Beverly Hills Hotel, where his security guard greeted her and instead took her to his private bungalow. There, she says the future president assaulted her.

Trump claims he never met her at a hotel and that Zervos made the whole thing up for 15 minutes of fame. From the evidence available to the public, though, it looks like Zervos could be telling the truth— at least about meeting Trump at the Beverly Hills Hotel.

Trump’s schedule shows him staying at the Beverly Hills Hotel during the time Zervos alleges the encounter happened. Moreover, his phone records show he called Zervos while staying there, and that Trump’s bodyguard— who she also mentions in her story— was working that night.

Another part of her story, that Trump asked her to meet him at his Palos Verdes golf course the following morning, is corroborated by his itinerary showing he did visit the course on the morning after his stay.

Also admitted as evidence is a lie detector test that Zervos passed.

There’s Even More at Stake for Trump

Where the case could get even murkier, though, is in additional requests for emails, memos, and other correspondence that corroborate similar stories.

At least 25 women have accused Trump of sexual misconduct, some with stories eerily similar to Zervos’. It’s possible that discovery in this case could turn up evidence of other assaults. It could also uncover further evidence of campaign finance violations he was accused of earlier in his presidency.

If Donald Trump continues to deny the allegations and they’re proven to be true, he could face impeachment once again. While there’s no precedent for impeaching a president more than once, there’s also no constitutional prohibition.

There’s also a chance that Trump could admit to all or part of the assault, which wouldn’t be great for his image— but probably wouldn’t get him impeached. It’s not clear-cut, but as it’s written, the Constitution doesn’t necessarily consider rape or sexual assault as impeachable offenses. Still, if the president does admit guilt, it would open the door for further investigation into his other accusers’ stories.

What’s Next for Trump and Zervos

Trump has been ordered to give a deposition before the end of this month, but discovery in this case can continue until March 2, 2020.

That means the next few months will likely turn up new details regarding the case— namely Trump’s answer to Zervos’ accusation.

As the presidential election cycle heats up, this case could become a thorn in his side as he campaigns for re-election. But the ordeal could be an even bigger liability for the president if he is found to be lying.