By CCN.com: After a vicious, Donald Trump-inspired sell-off on Friday, stock market bulls saw their hopes of a weekly gain evaporate in a matter of minutes. This coming week is almost certain to be focused on the trade war, as investors try and guess if Trump is truly serious about US companies being ordered out of China.

The open of trade on Monday could be a rough one. The President’s bombshell decree that all US companies must leave China was bad enough for markets, but one tweet after the stock market closed on Friday, seems capable of intensifying the panic this week.

For all of the Fake News Reporters that don’t have a clue as to what the law is relative to Presidential powers, China, etc., try looking at the Emergency Economic Powers Act of 1977. Case closed!

By outlining the specific method he would use to strong-arm US companies out of China, markets must now take the president seriously. It would not be the first time Trump has declared a national emergency. 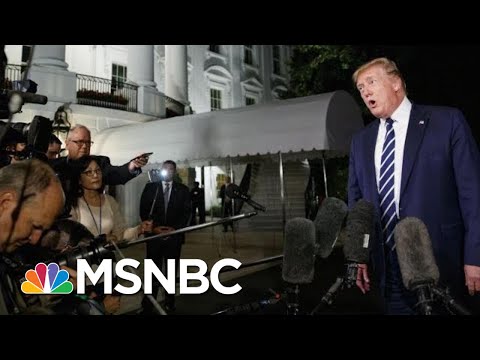 Apple Stock Among US Giants Affected By “Leave China” Tweet

The list of US companies with a presence in China is long, and the economic repercussions of their exit would be massive. Apple, Boeing, Nike, GM, and Starbucks are just a few of the large stocks that could feel some heat in the coming days.

The extreme volatility we are seeing in major indices like the Dow Jones and S&P 500, is looking more and more likely to spook the Federal Reserve.

“On the face of it, the US economy still looks strong – unemployment is historically low, and growth remains above trend. However, under the hood, things are not so rosy. The manufacturing sector –which tends to drive the business cycle – is weak and is likely to weaken further… Given the looming slowdown and in the absence of inflationary pressure, we now expect the Fed to cut 25bp at all three remaining FOMC meetings this year.”

Trump On A G7 Charm Offensive

Interestingly, there was a silver lining for stocks in Donald Trump’s twitter feed on Saturday. The US president appears to be on a charm offensive at the G7 meeting in Biarritz, France. Often when the stock market plunges, Trump steps in to right the ship, and these comments may be a sign of a softer approach next week.

France and President @EmmanuelMacron have done a really great job thus far with a very important G-7. Lunch with Emmanuel was the best meeting we have yet had. Likewise, evening meeting with World Leaders went very well. Progress being made!

Unfortunately for bulls, China is not a member of the G7. A warmer tone between the US and European powers is still good news for the stock market long term, as it reduces the possibility of another damaging trade war.

In the short term, the stock market is likely to struggle if Trump triples down on his “leave China” demands, and moves towards a possible emergency declaration.