Nick Cannon is taking Wild N’ Out to a new level.

During a recent episode of his podcast “Cannon’s Class,” the normally squeaky clean comedian fired shots against entire races.

He said white people and Jews were “lesser than” black people, amongst other controversial statements.

People have been canceled for far less, but, at the very least, Nick Cannon should be corrected. 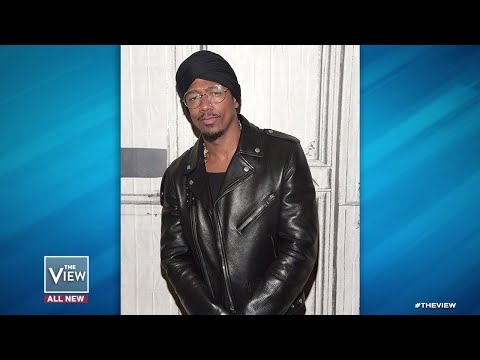 During his podcast with known anti-semite Professor Griff, Nick Cannon launched into his diatribe.

Our melanin is soul power and it connects us in a way that the reason why they fear black…is the lack that they have of it.

Ok, Nick. While that’s certainly not science, that perspective is easy to follow. If melanin is associated with ‘soul,’ then it’s easy to imagine people without it feeling insufficient.

Melanin comes with compassion. Melanin comes with soul, that we call it soul, we soul brothers and sisters, that’s the melanin that connects us so the people that don’t have it, are, and I’m going to say this carefully, are a little less and where the term actually comes from, and I’m going to bring it back around to Minister Farrakhan, where they may not have the compassion.

He added that white people are closer to animals, saying, “they’re the ones that are actually the true savages.”

Here’s where Nick Cannon’s idea falls apart. It would be unreasonable to ask him to be compassionate toward the whole of white people. But if he were biologically filled with compassion, why would he call an entire race savage?

A truly compassionate person would not single out people based on their skin color and call them “animals.”

His anger is entirely understandable, but that doesn’t mean he’s right.

The definition of ‘racism’ has evolved in recent years. But isn’t the real problem with racism judging people based on their race?

Nick Cannon has every right to be angry with the way Black people have been treated in America. White people, historically, have shown a lack of compassion for other races. There’s no denying that.

But they’re not unique.

If melanin were a miraculous “compassion” chemical that only occurred in Black people, then there wouldn’t be any Black on Black crime.

There wouldn’t be any slaves in Africa today.

But according to QZ.com, it has the highest rate of modern-day enslavement on Earth with nearly 10 million slaves as of 2018.

That doesn’t make Africans bad people. They’re absolutely not. And white people have found creative ways to enslave and oppress people for centuries as have other races all across the globe.

Nobody is inherently better or worse because of their skin color. White folks in America, as a whole, have some heavy atoning to do.

But individuals set themselves apart by their behavior and attitudes. And Nick Cannon is proving that you can be strong enough to overcome oppression and still not quite get that.