The PS5’s DualSense controller will reportedly offer a vast improvement on the PS4’s DualShock 4 when it comes to battery life.

According to a Reddit user, who was able to sample a prototype of the controller, the DualSense will up the battery life by three to four hours compared to the DualShock 4.

The Reddit user, known as Viper_on_fire, posted a short clip of the controller in their hands over the weekend. A sticker on the back indicates ‘Prototype not for resale.’ The post containing the video was rapidly deleted. A follow-up post appeared yesterday from someone associated with the Reddit user, offering additional insight into the DualSense, including the extended battery life.

The information aligns with what Sony officially communicated when it unveiled the PS5’s DualSense back in April, although the platform holder stopped short of offering a specific figure for the expected battery life. A PlayStation Blog post reads:

We also took thoughtful consideration into ways to maintain a strong battery life for DualSense’s rechargeable battery, and to lessen the weight of the controller as much as possible as new features were added.

According to the Redditor, the DualSense’s D-pad and buttons are near enough identical to those of the DualShock 4, although the Touchpad responsiveness is improved, with a more ‘clicky’ feel. 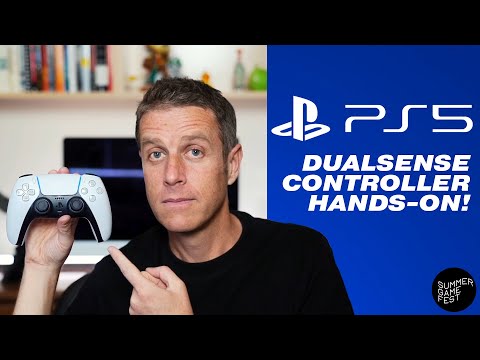 Sony has incorporated a more weighted feel to the adaptive triggers found on the L2 and R2 buttons, while the L1 and R1 buttons ‘push down’ rather than ‘click’ as they do on the DualShock 4. The user noted that the DualSense comfort trumps that of the DualShock 4, feeling less bulky. Finally, according to the Reddit user, the light strip emits a dimmer light.

Although there’s little to suggest the video isn’t genuine and the additional information is correct, it may be wise to approach all of this with the requisite amount of skepticism.