Early parity between the PS5 and Xbox Series X with no clear front runner hints at the most competitive generation we’ve seen for a while.

With the next-gen well and truly here, we see the first signs of the PS5 and Xbox Series X/S’ early fortunes.

On Friday, Microsoft pushed out an Xbox Wire update proudly announcing the biggest launch in Xbox history. Microsoft reportedly sold more consoles within 24 hours than any prior generation and over 70% of those links to Xbox Game Pass subscriptions.

Sony has yet to provide a meaningful sense of how well the PS5’s launch is going, though stock shortages and a thriving scalper market suggest nothing short of a resounding success.

It’s still early days, but there’s a sense neither platform holder has taken an early lead with both consoles appealing in equal measure to gamers eager to jump into the next-gen in what has been a testing year for most. There’s parity, which augurs well for a competitive generation.

Sony’s dominance last generation means it is jumping in with an advantage. That’s not to say Sony is coasting arrogantly on the goodwill garnered as the previous generation’s overwhelming victor – it has a firm foundation to build upon, a proven strategy of pumping out in-demand exclusives updated for new, impressive hardware.

Microsoft, on the other hand, enters with a need to make up ground. The onus is very much on Microsoft to kick-start this generation on the front foot.

Different Means To an End

It’s something Microsoft seems particularly attuned to, paying heed to lessons learned from the Xbox One’s troubled early days. We have here a honed strategy, vastly different from that of Sony. Gone is the focus on the Xbox as an entertainment center and ultimately doomed Kinect blunder: the Xbox Series X/S is about playing games and giving players options to do just that.

Nothing exemplifies this more than the Xbox Game Pass, a strong pull for many who are opting for the Series X/S. With hundreds of games, launch day exclusives, and a packaged monthly fee, Game Pass stands has all the hallmarks of a system seller. Notably, for a launch lacking in first-party blockbuster titles to lead the charge on both sides.

Microsoft has virtually none, while the PS5 features a remake in Demon’s Souls, a glorified expansion (albeit an excellent one) in Spider-Man: Miles Morales, and Sackboy: A Big Adventure, which lacks the hardcore appeal of, say, a system-selling God of War.

In some respects, this launch is all about third-party games, which, by and large, have arrived on both PS5 and Xbox Series X simultaneously. Bar some minor title-specific performance advantages for each console. The experience is virtually the same on both machines. 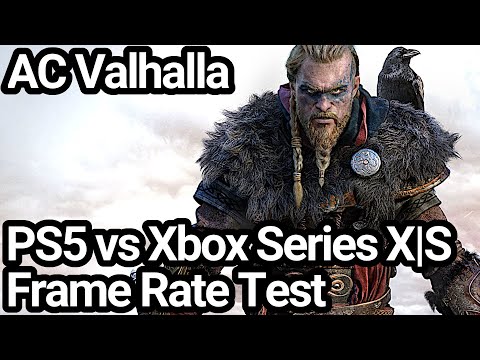 It’s something that has come to define this generation, one of subtlety rather than a significant leap in graphics as we grew accustomed to in the past.

The improvements are more nuanced, focused on the quality of life improvements. Faster loading times thanks to the implementation of SSDs, and 60 FPS performance becoming the norm on console rather than the limited reserve of those with the cash to splash out on a high-end PS4 Pro or Xbox One X. With AMD providing more or less identical bespoke chips for both consoles, and Microsoft taking a slight lead in raw power and Sony in SSD speeds, the hardware specifications aren’t going to sell consoles.

The price will, as always, have a huge part to play in this generation. The Series S may prove to Microsoft’s smartest move yet.

In these times of uncertainty with significant stress on the average gamer’s finances, a budget console that offers much of the full-fat console experience with a few choice performance downgrades is undoubtedly alluring. It offers entry into the next-gen at a competitive price, or even better, via manageable monthly payments through Xbox All Access.

With the PS5 launching in core markets such as the EU later this week and stock shortages very much defining the early days of this generation, the sustained demand for both consoles will likely stay on par for the months to come. Once initial excitement dwindles, and wide retail availability becomes the norm, we’ll get a stronger sense of who’s ahead.

Until then, free of pricing disparities and marketing blunders of the PS4/One era and the Xbox 360’s year head start on the PS3, Sony and Microsoft enter this generation on an equal footing, more so than ever before.

There’s a strong sense we could see the most close-fought generational head-to-head in a long while.

What is your favorite console?