Sorry Apple fans, Donald Trump is not happy with the new iPhone. In an amusing tweet, the U.S. president directly addressed Apple CEO Tim Cook to criticize the new swipe feature after the removal of the traditional button.

To Tim: The Button on the IPhone was FAR better than the Swipe!

What Trump is criticizing here is the removal of the “home button” on the iPhone X and later. Clearly, the president is not a tech junkie, as he would be aware that it’s possible to recreate the old home button by merely heading to settings. 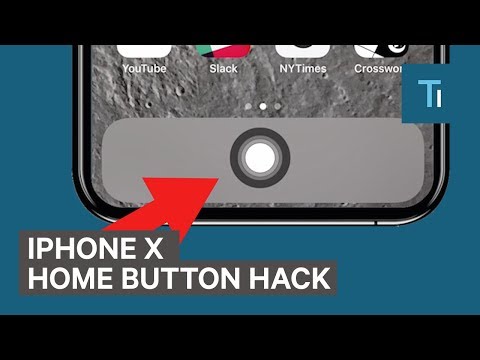 Contrary to the POTUS’ criticism, Apple stock has been soaring lately amid a resurgence in demand for its iPhones. A large portion of the company’s success has also been attributed to Tim Cook’s incredibly delicate handling of the current trade war situation. Cook enjoys both a stable relationship with the Trump administration as well as close ties with China. Trump has to walk a delicate line with Apple. On the one hand, they are an American company that creates a lot of jobs in the U.S.; but on the other, they still use Asia for most of their manufacturing.

Apple’s reputation in the U.S. is arguably in rockier territory than in Asia due to criticism of their decision to delete an app in Hong Kong being used by protesters after pressure from the Chinese government. This criticism was led by high-profile U.S. politician Senator Ted Cruz, who wrote a letter to Tim Cook directly addressing the decision mentioned above.

Never wanting to miss an opportunity for an anti-tech headline, Trump clearly sensed an opportunity to jump on the bandwagon to take a dig at the Apple CEO.

Although the U.S.-China trade war currently rests in a state of limbo, tensions are still high. Vice President Mike Pence’s speech in support of Hong Kong drew some harsh words from the Chinese government, indicating the volatile nature of the two nations’ relationship. It was not long ago that Donald Trump ordered U.S. companies to find an alternative to doing business in China; this would have been devastating for a company like Apple if enforced.

If the U.S. president had been waiting for the perfect opportunity to take a swing at Tim Cook (who has criticized many of his policies in the past), this might not have been it. There are plenty of more fundamental issues with the new iPhones to criticize. Unsurprisingly, “To Donald” is now trending on Twitter.

Twitter users are also dragging up the infamous occasion where Trump referred to Tim Cook by the wrong name. While everyone is eagerly waiting to see if the Apple boss responds, they probably shouldn’t hold their breath. The last thing “Tim Apple” needs right now is a Twitter feud with Trump.