The Dow Jones fell more than 150 points from its session high on Thursday after miserable data dropped in both the US and Europe.

Fortunately for a struggling Dow, one of the world’s most valuable companies, Microsoft, posted some superb earnings to prop up the stock market.

However, additional pressure weighed on stocks after Vice President Mike Pence suggested the US would not sign a trade deal with China if they used violence to suppress the Hong Kong protests.

Despite jumping to gains of around 100 points during the morning session, the Dow Jones Industrial Average suffered a reversal that forced the index into decline. At last check, the Dow had lost 29.6 points or 0.11% to trade at 26,804.35.

Shrugging off the negative sentiment data, crude oil (+0.38%) enjoyed another robust rally after Wednesday’s strong inventory draw. The gold price was surprisingly stable, up 0.67% to $1,505 despite a firming US dollar.

Adding to the rally in the USD, Boris Johnson’s call for a December 12th election in the United Kingdom sent the British pound lower, while the ECB’s rate decision did little to boost appetite for the euro.

As the Federal Reserve’s October rate decision approaches next week, Donald Trump has resumed his FOMC-bashing routine. There is currently a 93.5% probability that Jerome Powell and the Fed will cut interest rates, so if the bank does move, this has likely already been fully priced into the Dow.

Trump has long been an advocate for more extreme easing, and he’ll be eager to see a more aggressively-dovish outlook in the accompanying statement.

The Federal Reserve is derelict in its duties if it doesn’t lower the Rate and even, ideally, stimulate. Take a look around the World at our competitors. Germany and others are actually GETTING PAID to borrow money. Fed was way too fast to raise, and way too slow to cut!

Significantly, the vice president also suggested that the US would not be prepared to strike a trade deal if China used force against protesters in Hong Kong.

“America expects Beijing to honor its commitments, and President Trump has repeatedly made it clear it would be much harder for us to make a trade deal if the authorities resort to the use of violence against protestors in Hong Kong.” 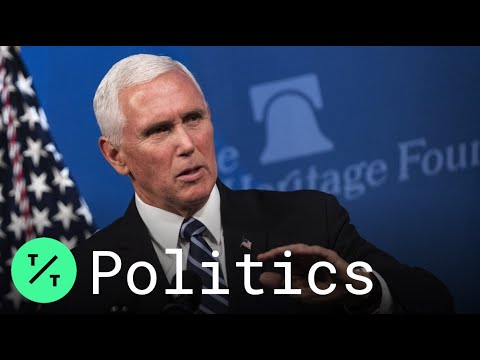 In a further sign that warmer relations may be deteriorating, a Chinese spokesperson took shots at Donald Trump and Mike Pompeo after the former accused China of using coercion and corruption to achieve its political agenda.

“In interpersonal relations, habitual liars who badmouth others are often despised and shunned as unworthy companions. But in international relations, when facing malicious slandering, we must clarify facts and state our position. The word ‘coercion’ has nothing to do with China. Rather, it is a most fitting description of the US.”

These don’t appear to be the statements of two countries ready to make significant concessions on the future of their trade relationship.

In an interesting take on the recent weak PMI readings in Europe and the United States, Senior Macro Strategist Sebastien Galy provided CCN.com with one theory about why the Dow has proven resilient despite concerning economic data.

“There is a perception that survey data is an accurate picture of upcoming data, yet survey data have significantly over-estimated the actual impact of the Emerging Market slowdown,” Galy said. “China does not matter very much for US manufacturing, yet the PMIs ended up in contraction territory while actual activity only slowed down.”

“The ones who answer these surveys are reflecting the state of mind within the companies not necessarily their actual plans.”

It was a generally weak day for the Dow 30, though Microsoft’s strong performance helped give the index some support.

Caterpillar (-1.03%) continues to struggle after Tuesday’s soft quarterly release, while 3M – which looks to have been ravaged by the trade war – endured a 3.71% loss.

Mike Pence rocked a formerly-buoyant Nike with some harsh criticism, sending the apparel manufacturer nearly 1% lower amid fears of a government backlash stemming from the NBA’s ongoing China scandal. 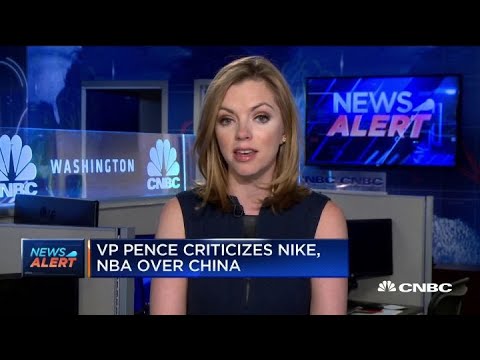 Apple stock (-0.07%) posted a rare slip, while Dow Jones heavyweight Boeing (+1.13%) continues to trade firmly in the wake of its most recent earnings report.