After closing at $230.09, AAPL is now sitting on a market valuation of $1.04 trillion, and after-market trading suggests the stock will open to fresh record highs on Friday morning.

Apple at a new all-time high, up 64% from its low on Jan 3rd. $AAPL pic.twitter.com/Dys2lExzm0

Since the new iPhone 11 models went on sale, the company’s share price has been trending up. Investors have been bullish after expectations of a subpar iPhone were unfounded.

At the time of the new iPhone release, the share price was up 38% for the year. This was the biggest jump leading into the launch of an iPhone device since 2012. There is usually a lull in AAPL shares following the release of an iPhone, but this has not been the case this year.

Apple is now well-established as a premium brand in the phone space, and there is not much change in the market, with iPhone users generally replacing their devices with newer iPhones.

Will slow and steady be enough for Apple shareholders?

Apple is a volatile stock, with significant shifts seen over the past year due to the trade war and the company’s reliance on the Chinese market. The potential for growth might be minimal in the near future, which is why some investors could look to cash out their gains on this all-time high.

Revenues are expected to drop by 1% in the coming year due to the increasing popularity of cheaper iPhone models. The increase in iPhone shipments is also estimated at under 1% for the coming twelve months. 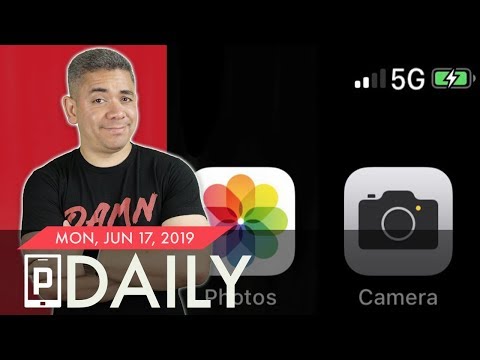 The release of 5G is on every tech analyst’s lips, with 5G iPhones set for release in Fall 2020. If sales keep plodding along at a steady but unspectacular rate and trade war-related market worries fester, investors might grow restless.

Nevertheless, according to the Wall Street Journal, analysts are relatively bullish on Apple stock, with 20 maintaining a buy rating against just four sell recommendations. The median target for AAPL shares is $241.07, implying almost 5% worth of upside from Thursday’s record-setting close.