Even gaming icons can misread industry trends – sometimes hilariously so. Enter: legendary Nintendo executive Hiroshi Yamauchi and his infamous comments about the N64 and PS1.

Yamauchi was the president of Nintendo from 1949 to 2002. He helped transform the company from a playing card producer into a multi-national conglomerate whose brand is synonymous with video games.

But for all his success, he never came to terms with the fact that the Sony PlayStation outsold the Nintendo 64 in Japan.

One of his most notorious comments is making the rounds again – A 1999 Gamers’ Republic interview in which he whined that Japanese gamers:

[like] to be alone in their rooms and play depressing games.

Wow. There are valid reasons why the N64 failed to live up to its potential. None of them have to do with depressed teenage loners hiding out in their bedrooms.

A reliance on outdated cartridge technology didn’t help. Neither did rigidly chasing a younger demographic.

Yamauchi was an industry titan, but he never saw video games as anything but electronic toys for children. That’s why the N64’s primary lineup was bright, colorful, and painfully family-friendly.

Nintendo made little effort to cater to an audience that was maturing alongside the industry itself. 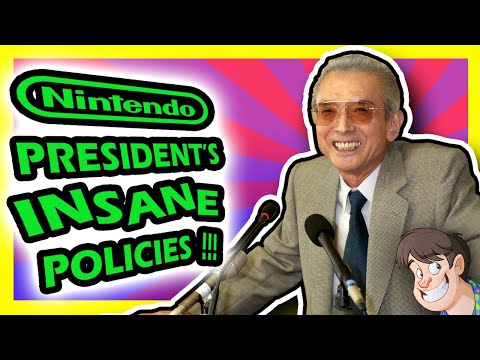 Fortunately, when Yamauchi left Nintendo, he took his incendiary quotes with him. He was succeeded by Satoru Iwata, a genuine treasure. Under his guidance, Nintendo became what it is today.

Most importantly, he didn’t malign his potential customers.

While PlayStation and Xbox duke it out, Nintendo realizes that they’re best off doing their own thing. Their successful consoles all have a niche. The Wii was a family machine. The Switch is a handheld/console hybrid.