Nintendo kind of has a cruddy attitude. They have a lot of trouble understanding how the internet is supposed to work, and they also don’t have a great history of treating their consumers well. To this day, they still put out microtransaction-filled mobile games while claiming that they have their players’ best interests at heart.

It should come as no surprise that Nintendo is at it again. For the past two years, they’ve been embroiled in a dispute with the Norwegian Consumer Council. The NCC opened an investigation into digital platforms and their refund policies.

Second Thoughts About That Pre-order? Nintendo Will Just Keep Your Money

The initial report, which came out back in late 2017, found that only two of the seven digital game stores had decent refund policies. Aside from other issues, such as the visibility of a store’s refund policy, Nintendo was even found to have violated the law by failing to have a policy for canceling pre-orders.

Basically, if you pre-order a game through the eShop, you cannot get a refund – no matter what. Even if the developers make a pre-launch change you don’t like. Even if you lose access to your console for some reason. Nothing at all will get Nintendo to return your money to you.

Norwegian regulators tried to convince them to change this. Normally, you’d expect a company that gave even the slightest crap about their customers to just go and change their policy. Not Nintendo, though. They’ve actually decided to go to court and fight this.

In other words, they’re waging a costly legal battle to defend their right to deny gamers the ability to cancel pre-orders. The good news is that, if they lose, the NCC can appeal the case to the European Union for an official decision on whether Nintendo’s policy violates EU consumer protection laws.

Nintendo Has an Infamously Anti-Consumer Attitude

Nintendo is an interesting case study as a company.

They’ve managed to ride the rollercoaster of the games industry since 1983. They’ve downright ruled the industry at least three times in their history, and they’ve built such a strong brand perception that they’ve survived on the same IP for decades. 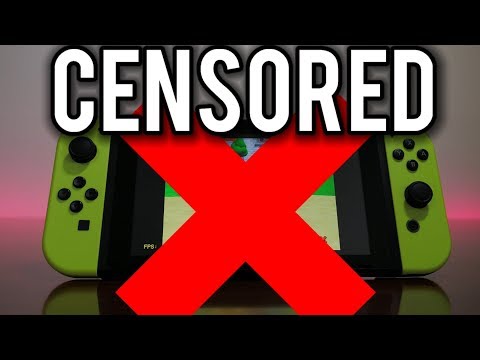 While all of this is true and pretty impressive in the right light, it doesn’t change the fact that they’re not a very nice company. They refuse to move with the times, they don’t understand the internet or fair use, and now they’re trying to deny your basic consumer rights.

At this point, there really isn’t much of a reason to trust Nintendo. They can claim they have your best interests at heart, but their actions reveal this for the lie it is. What they care about is making money. They will do whatever they can to make as much as possible. They may not be nakedly-evil about it, but that doesn’t mean they deserve your support. Or your business.