At this point, you’re almost certainly aware of the snowballing controversies Pokemon Sword and Shield have suffered from ahead of their release. Leak after leak has brought more and more negative attention to the games, despite very positive reviews from industry critics.

The backlash grew so fierce that staff at Pokemon developer Game Freak have even received death threats.

Pokemon Sword and Shield Review Roundup – Are They Worth Buying? https://t.co/jPUlRA3xAY

While some of the actual criticism of the games has been valid, the accompanying infantile screaming has not been. Whether you think the dex cull is a problem or not, yelling about things probably isn’t helpful, or healthy for that matter.

However, the latest issue to crop up is #GameFreakLied trending on Twitter, and – for once – the outrage may be well deserved.

It all began when an early version of the game was allegedly leaked on 4chan.

After data miners got their hands on the title, they immediately dug into the files and examined what they found. Things seem to indicate that the models used in Pokemon Sword and Shield are the same as those used in the previous games.

That in itself is not a problem; the issue is that Game Freak has said in the past that new models would be made for the monsters. They also claimed that the graphical update was part of the reason for cutting so many Pokemon from the Pokedex.

Obviously, if these leaks turn out to be 100% true, then Game Freak has been caught in a pretty big lie.

Why You Should View This Sword and Shield Leak with Skepticism

However, there are several reasons why this information may not be quite good enough to conclude that Game Freak lied to you about Pokemon Sword and Shield.

Firstly, the place the leaks are coming from, 4chan, has been known to fake things…a lot. If you don’t remember, over the years, 4chan has been responsible for more broken iPhones than all the younger cousins in the world put together.

Bearing in mind that 4chan is a place were people like to have fun and mess with others on the internet, it’s not inconceivable that they’d fake a Pokemon leak for a giggle. Even if that isn’t the case, we don’t know which version they’re mining data from. It’s possible that the version they’re using is actually an older one and that the updated version will have improved models and animations.

That’s not to say that the leak is a fake, but until the game releases on Friday, I would preach caution. Once we’ve got a release copy of the game in our hands and can judge it, then the information bouncing around the internet will be verifiable. Until then, it’s nothing more than hearsay. 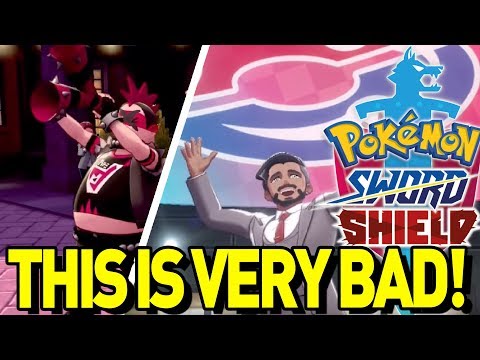 The Basis of the ‘Lie’ May Also Be Suspect

That’s not the only reason to hold off on hoisting your pitchforks.

The original “promise” that the models were new came from an interview between several Game Freak members and Famitsu. The interview was in Japanese, so the translation is spotty at best, which is part of the reason to treat this “promise” skeptically.

The other thing is that it seems like the “new models” part of the interview was referring to the Dynamax forms. It’s possible that Game Freak was simply referring to making new models of each monster for Pokemon Sword and Shield’s new kaiju mechanics.

Regardless of how it all turns out, it’s almost always better to wait until release before going rabid on Twitter. It may turn out that Game Freak has lied to us all, and that the series is basically dead. It might turn out that the game is actually great – which seems to be the review consensus.

Either way, throwing all of the toys out of your pram is not the grown-up thing to do about it.