Megan Thee Stallion is lucky to be alive. Shortly after hanging out with Kylie Jenner, she was shot just outside a Hollywood Hills residence.

Naturally, Jenner – and the “Kardashian curse” – are being blamed for the “Savage” rapper’s misfortunes.

Whether the curse is real or not, the rising star needs to ditch the Kardashians – and fast. 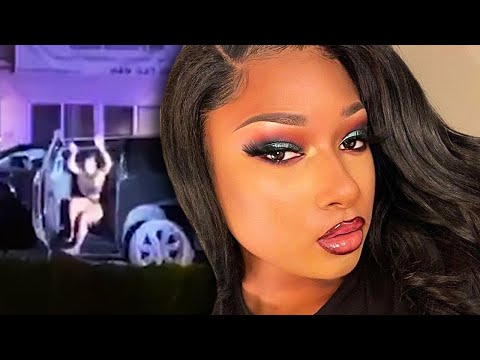 On Saturday, Megan Thee Stallion was shot while she was leaving a party with fellow rising rap superstar Tory Lanez. Police arrested Lanez for having a concealed weapon in conjunction with the incident.

While initial reports said the “Hot Girl Summer” artist was arrested too, she clarified what really happened in an Instagram post:

The narrative that is being reported about Sunday’s morning events are inaccurate and I’d like to set the record straight. On Sunday morning, I suffered gunshot wounds, as a result of a crime that was committed against me and done with the intention to physically harm me. I am incredibly grateful to be alive and that I am expected to make a full recovery, but it was important for me to clarify the details about this traumatic night. I was never arrested. This whole experience was an eye opener and a blessing in disguise. I hate that it took this experience for me to learn how to protect my energy.

Naturally, fans took that last sentence to mean that Megan Thee Stallion was throwing shade at Kylie Jenner. And perhaps she was.

If that’s the case, then she’s well wise to “protect her energy” from the so-called “Kardashian curse.”

She Doesn’t Need That Kardashian Energy

From Lamar Odom to Kris Humphries, there has been no shortage of celebrities whose careers imploded after they got involved with the Kardashian-Jenner family. And that’s just one of the myriad of ways that the “Keeping Up With the Kardashians” clan is awful.

And Kourtney? Well, let’s just say that the eldest Kardashian sister isn’t exactly as “woke” as she claims.

Megan Thee Stallion is a hard-working, talented rapper with a bright future ahead of her. The last thing she needs is to hitch her wagon to the Kardashian-Jenners – who are merely famous for being famous – for any kind of “success.”