Kim Kardashian sang the praises of Tristan Thompson this weekend.

The Regina George of the Kardashian Klan gushed that her sister’s baby daddy is “a different person” since their split.

These comments came on the same day that Khloe released photos of Thompson and their daughter, True, “twinning” on Father’s Day.

This may just prove to be the ultimate Kardashian troll.

In a recently released clip, Kim Kardashian said that she was very proud of the growth that her ex-brother-in-law was making.

She said that she was officially “Team Tristan”: 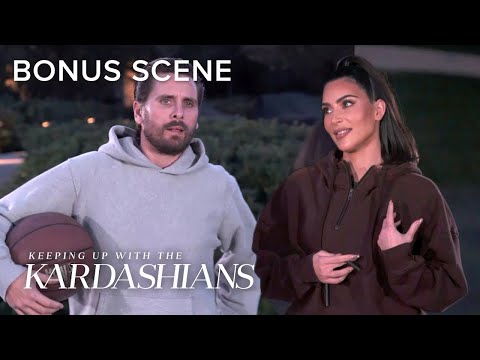 And at almost the same time this clip went live, her younger sister Khloe posted a photo of Thompson and their daughter.

The caption included a green heart and a pleading face emoji.

According to Scott Disick, Khloe and Kim Kardashian should remain on the best of terms with Thompson.

To be in that place and feel like everybody in the family that he just had a kid with hates him would be, like, a horrible feeling. No matter what, he’s still within the family.

That’s a nice sentiment, but I don’t believe one syllable of it.

It sounds to me like the Kardashians pulled the ultimate troll!

The Kardashian sisters are known for pulling stunts for publicity. Kourtney was wearing Disick’s shirt when they were social distancing. Kim Kardashian likely went back and forth with Kanye West for ratings.

And Khloe? There’s a good chance she never broke up with Thompson in the first place, and all of this was just a subplot for yet another episode of “Keeping Up With The Kardashians.”

So if we did get trolled, it wouldn’t be shocking in the least. Not anymore. These days, it’s just par for the course for the Kardashians.