The LA Lakers have had a lot to deal with over the past few weeks. GM Rob Pelinka has been at the center of the franchise’s reaction to the tragic death of Kobe Bryant.

But any attempt to put a positive spin on the lack of activity at the trade deadline is ridiculous.

The Lakers Showed Faith in Kyle Kuzma – Or Did They?

There’s no doubt that Pelinka and the Lakers will try to frame the fact that Kyle Kuzma is still part of the organization post-trade deadline as a good thing. They may lie and claim it was their intention all along.

About 1 Hr left in the trade deadline and the Lakers are removing Kyle Kuzma from trade talks and Rondo is still a Laker… https://t.co/d92yS09l6Q

Kuzma wasn’t valuable enough to be considered a realistic part of any trade worth the Lakers’ while. The likes of Bogdan Bogdanovic and Spencer Dinwiddie were reportedly on their shopping list.

Neither trade materialized before the deadline, and that’s a problem.

Kuzma was part of a serious discussion to bring Marcus Morris to the Lakers from the Knicks, but New York was looking for a crazy return for the forward, so the deal fell apart. Morris ended up with the Clippers.

That’s one Pelinka decision fans should get behind. That trade would have been terrible for the Lakers.

No matter how we got here, the trade deadline has come and gone, and the Lakers undoubtedly didn’t get what they had hoped for. There’s still room for a maneuver, though.

As the Lakers took to the court to face the Rockets, there was a familiar figure sitting courtside.

Last employed by the Pacers, Collison retired in 2019 at just age 31. Less than a year later, he appears to be having second thoughts. 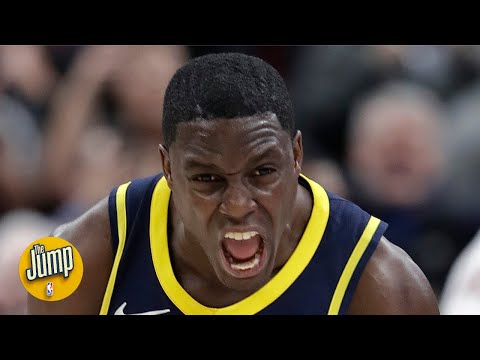 ESPN pressed Collison on why he attended the Lakers game. His reply was non-committal:

Just watching the game. Ain’t nothing to it. Got the best seats in the house.

Collison claims he’s “50/50” on returning to the NBA, but most see this as nothing more than a leverage play.

What we can be reasonably sure about is that a return to the NBA for the Southern California native only happens if it’s either the Lakers or Clippers in play.

Reports are that he wouldn’t entertain going anywhere else.

The Lakers Are Out of Options

Take Darren Collison out of the equation and the names linked with the Lakers don’t inspire much excitement. Dion Waiters if the Grizzlies release him? Trey Burke in Philly?

Nope. The Collison deal is what the Lakers need to get done. The organization can’t allow him to go to the Clippers. That would be unacceptable.