“The Voice” judge and sometime singer has announced that she filed for divorce from her husband, Brandon Blackstock, after almost seven years of marriage.

But while she swears there’s “no drama” behind the divorce, a look into Clarkson’s past statements reveals that the couple hadn’t seemed to be too in love for a long time – and maybe even to begin with.

Kelly Clarkson Seemed To Be Going Through The Motions

While Kelly Clarkson — who shares two children with her soon-to-be ex-husband — tried to paint herself as a woman in love with her new man, the reality was a lot less pleasant.

In an interview with Ryan Seacrest, Clarkson revealed that when she met Blackstock back in 2006 — he is the son of her manager, Narvel Blackstock — he was still married to his first wife, Melissa Ashworth, with whom he has two children.

And while Kelly swore that she waited until he was single to “go on the prowl,” there were more than a few suggestions that Blackstock wasn’t a faithful spouse.

(To be clear, Melissa Ashworth denied the accusations, so let’s not paint Kelly Clarkson with the Khloe Kardashian brush quite yet.)

It’s Clear She Was Already Disgusted With Her Husband

There were already signs that Kelly Clarkson wasn’t so in love with her husband. At the height of the pandemic, Clarkson and Blackstock were quarantined together, and she seemed to be more than a little annoyed with him.

I literally looked at my husband, ‘cause it was a rough week of work and nonstop everything, and I said, ‘I don’t want to cook one d*mn meal. I don’t want to clean one article of clothing. I don’t want to do anything.’ I possibly — if my children were to come in and hug me, that’s fine and then they leave. So, on my birthday, I literally asked to be left alone. … So I was alone and I enjoyed it. 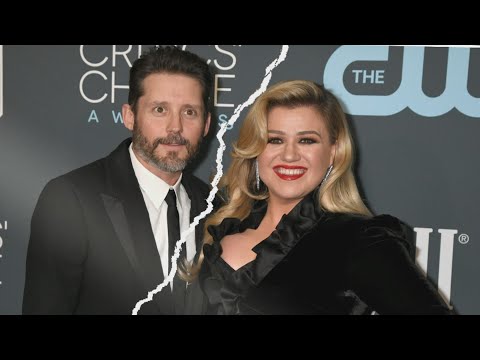 It’s entirely possible that Kelly Clarkson truly had “no drama” with her husband when they finally went to file the divorce papers. But if that’s true, I worried it’s because they were never in love, to begin with.

And that’s probably the saddest part of all.