Kanye West has big plans for 2020. First, he wanted to become the President of the United States. Then, he just wanted to steal votes from Joe Biden. Now, he wants to create “Jesus Tok,” a censored version of TikTok.

West, as a “Christian father,” is unsettled by the content that his daughter ingests on the popular social media app.

But Christian fathers across the country are probably disturbed by Kanye West. Maybe he should clean up his own act before he tries to get in on the app business.

Kanye West Has a Major Announcement

Kanye West had a revelation today, and luckily, he shared it with us on Twitter.

Do you like the ring to that? I didn’t think so.

West loves the technology of TikTok, but he’s not a fan of the content. He then made a plea to TikTok to work with him on a censored version of the app:

In all honesty, it’s a sweet gesture. He’s trying to make the world a better place for his children. But West needs to work on himself first.

Can We Build a “Jesus” Version of Kanye?

The best thing Kanye West can do for his children is to become a solid father. I don’t know his personal life; maybe he’s doing that already.

But according to some reports, Kanye is not putting in the work.

The controversial rapper has had an unstable year. While running for president, he went on several Twitter rampages and dropped sensitive family secrets at a campaign rally. 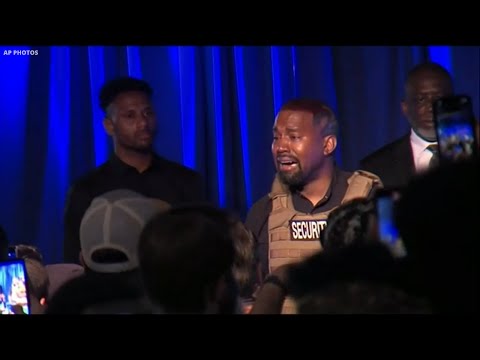 It got so bad that Dave Chappelle had to make a visit to Wyoming to check on his friend.

THANK YOU DAVE FOR HOPPING ON A JET TO COME SEE ME DOING WELL DAVE YOU ARE A GOD SEND AND A TRUE FRIEND ALL LOVE 🕊 pic.twitter.com/ddLA0E9eLK

According to a source quoted by Entertainment Weekly, his wife Kim Kardashian has repeatedly tried to get him help.

She has been trying for weeks and it’s gone nowhere and he has ignored her. It’s very upsetting that he hasn’t taken his mental health seriously. She has told him he must come back to Los Angeles and get help and he still isn’t listening.

Bipolar disorder is no joke. It’s not Kanye West’s fault that he has it. But it is up to him to deal with it in a healthy way.

Holing yourself up in a bunker and sending manic tweets to the world is not self-care; it’s destructive behavior.

Kanye West loves his kids. You can see that in his intentions for Jesus Tok. But his focus is misplaced.

Children are resilient. They can overcome mildly disturbing social media apps if they have strong role models. It’s time for Kanye West to give them a lesson in how to take care of themselves, instead of trying to change the world around them.