Jeff Bezos has been on an Amazon stock (NASDAQ:AMZN) selling spree. In the last week, he dumped $4 billion worth of shares in the company he founded.

(As an aside, Bezos will take home about $3 billion of that after paying taxes. Something to include in the conversation about Amazon’s low corporate taxes.)

Speculation has abounded as to why.

Jeff Bezos Has Some Expensive Habits 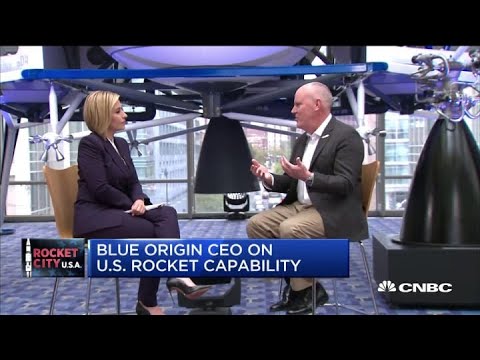 A Los Angeles high-end real estate broker says Bezos and girlfriend Lauren Sanchez are looking at houses in Bel Air and Beverly Hills. But the mega mansions on their shopping list are in the $100 million range, nowhere near Jeff Bezos’ $4 billion selloff.

Others have pointed out that Bezos has said funding space travel is his only option for putting a dent in his unprecedented personal fortune. Perhaps all of that money will go to Blue Origin, the space travel company in question. But this year’s offloading is unlike anything from previous years.

So why is Jeff Bezos selling so much Amazon stock? And why now?

Amazon Stock Is In A Massive Bubble

Watch the following CBS News segment, which outlines Amazon’s strengths, but examines the threats to sustained growth at recent years’ levels over the long term. 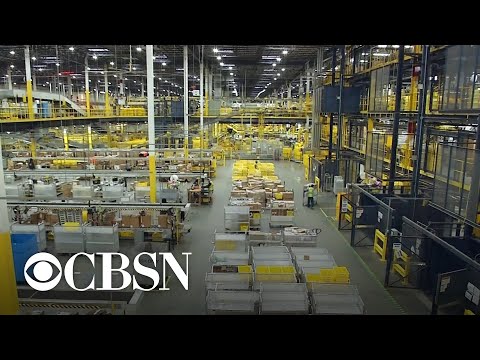 Amazon stock is now one of five powerful tech companies that account for 18% of the entire S&P 500 Index’s market cap today. When the stock market gets this top heavy, it’s a terrifying indication that there’s a dangerous equities bubble.

In better news for the S&P 500 Index and Nasdaq Composite today:

You can count Amazon stock out of the rosy picture because its current P/E ratio is soaring like a Blue Origin rocket at an incredible 90.36(!). Compared to its big tech peers, Amazon’s multiples are nothing close to reasonable.

Compared to its retail peer, Walmart (NYSE:WMT), with a P/E ratio of 23.29, Amazon stock is three times overweight. Sure, Amazon has a lot of room to grow. Its cloud business, for one, is very promising. But who seriously thinks Amazon will grow profits at three times the rate of Apple or Alphabet? Especially with threats like these…

Highlight: @Amazon spokeswoman Alison Flicker on the protests against $AMZN working conditions: "They are small events and they are not representative of the thousands of people who love working for Amazon … and who have great jobs, competitive pay, comprehensive benefits…" pic.twitter.com/CVsp1p0ApL

Because of its sheer size and the rapid pace of its growth, Amazon is a major political target. It faces a number of political threats to the already razor thin margins of its operating cost structure. These range from the potential threat of tough new rules on taxes and labor from the potential Democratic president, to the already actual threat of the current administration’s new anti-counterfeit goods policies.

Fierce competition from Walmart will also keep future Amazon growth in check. The Dow 30 retailer isn’t taking Amazon’s growth laying down. Walmart’s ecommerce sales saw a massive surge last year, 41% in the third quarter alone. And Walmart and Target are even gaining (a little) ground on Amazon over online retail.

In order to maintain its fierce growth, Amazon has to stay committed to tiny margins at volume. Sometimes the thin margins don’t translate to more profit. As with one-day shipping for Prime members, which translated to top line growth last year, but fulfillment costs that grew just as fast.

Amazon was always a smart business and probably always will be, but AMZN stock has dropped over 90% before, during the Dot Com crash. When its multiples are this far out of line with any of its peers, it’s no surprise that Jeff Bezos would rather have the cash.