Amazon (NASDAQ:AMZN) has an existential challenge ahead. The Trump administration unveiled new rules to combat counterfeit and pirated goods Friday. The new policies, which were published by the Department of Homeland Security (DHS), will do what the courts have largely opted not to do: hold Amazon responsible for counterfeit goods.

Global sales of counterfeits are growing at a furious 15 percent each year, and are projected to reach $1.82 trillion in 2020, with e-commerce making up more than a quarter of that, according to the Global Brand Counterfeiting Report.

Amazon on the Hook for Counterfeit Goods 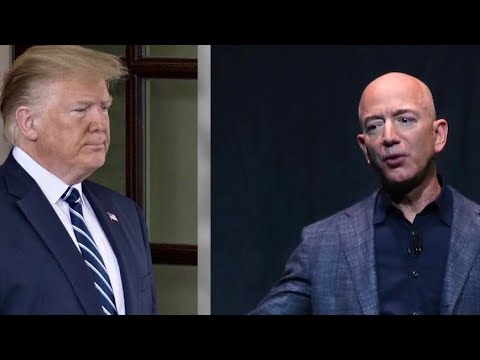 The new Customs and Border Protection framework shifts the burden of responsibility to Amazon. Now warehouses and fulfillment centers, most notably Amazon, will be legally and financially liable. Jeff Bezos’ company will have to bear more of the costs of policing for counterfeits on its platform. According to the DHS report:

CBP will adjust its entry processes and requirements, as necessary, to ensure that all appropriate parties to import transactions are held responsible for exercising a duty of reasonable care.

CBP will treat domestic warehouses and fulfillment centers as the ultimate consignee for any good that has not been sold to a specific consumer at the time of its importation.

The new approach means a more heavy-handed enforcement of federal importation laws in Section 321. The DHS will “encourage” platforms like Amazon to voluntarily implement “bulk abandonment and destruction of contraband goods” that haven’t been seized by Customs.

Bezos Open to Fines for Violations

And the DHS clarifies what it means by “encouragement” a couple subheadings later in its report. It will use a combination of “Civil Fines, Penalties, and Injunctive Actions.” But the new policy doesn’t stop at stronger Section 321 enforcement. The DHS also says it will be taking a more expansive view of the law:

…existing laws and administrative practices may not sufficiently define responsibilities in the e-commerce environment, including who within an e-commerce transaction bears responsibility and legal liability for illicit merchandise and other violations.

The Trump administration will now require eCommerce platforms like Amazon to turn over vast amounts of third-party vendor data for additional scrutiny.

Amazon’s Margins Just Got Even Thinner

Jeff Bezos is facing a massive counterfeit goods problem on his platform. And Amazon has defended itself from a number of lawsuits by brands who’ve found counterfeits for sale on the platform. But so far, Amazon has prevailed in court. Securing Industry reports:

Amazon should not be held liable for counterfeit products sold by third-party vendors that it handles via its ‘fulfilled by Amazon’ service, says a new court ruling.

Bezos has been able to sidestep any liability for counterfeit goods. His lawyers have successfully argued in court that Amazon is a platform, not a seller. But the Trump Administration’s crackdown on counterfeit goods have backed the retail giant into a corner.

That will hurt the company’s ability to keep prices low and rapidly grow its product selection. The new costs (or fines) will also hurt profits. That could be a death blow to a company with razor thin operating profit margins, even after underpaying Amazon workers.

By way of comparison, in April 2018, Bloomberg contrasted Amazon’s “dinky” 3.8% operating profit margin (on over $51 billion in sales) to Facebook’s 45% margins.

Amazon stock fell 1.22% Friday as the DHS prepared to release its report.