Earlier this year, the anecdote that bitcoin serves as a safe-haven asset in times of heightened macroeconomic risks received support from factual data.

The benchmark cryptocurrency and its traditional rival gold both established year-to-date highs as the U.S. and China slapped tit-for-tat tariffs, the yield curve inverted and signaled a recession, and the Federal Reserve and the European Central Bank (ECB) indicated rate cuts.

But the narrative is proving to be contradictory, at least in the case of bitcoin. In the last week, two significant events impacted the global financial market sentiments: drone attacks on Saudi Arabia’s oil production facilities and ECB’s announcement of introducing a fresh rate cut and restarting quantitative easing. The events prompted downside moves in the global equity market, which, in turn, increased bids in haven assets such as gold and U.S. Treasuries. Bitcoin, on the other hand, appeared like a mum spectator.

Massachusetts-based data analytics Firm Coin Metrics said in a note that bitcoin’s status as a safe-haven asset is – at best – “spurious in nature.” It also said analysts might not have fully understood the cryptocurrency’s “reaction function” against geopolitical and macroeconomic events, which makes the entire safe-haven narrative inconsistent.

Investors picked safe-havens, but they ignored bitcoin. Their decision to fly their capital into more traditional hedging assets benefited gold. The yellow metal surged by as much as 1.6% on the day oil registered a 20% loss. Treasuries advanced as well, with the yield on the benchmark 10-year bond coming down to 1.792%. It is still trending downwards.

What’s further worsening the case for bitcoin is its cryptocurrency community itself. Over the past 48 hours, a large portion of bitcoin capital has shifted to alternative cryptocurrencies. The outflow of some $8 billion has pushed the bitcoin market dominance down to about 67%. On Monday, it was as high as 70.3%, according to data provided by CoinMarketCap.com.

As a result, Ethereum, the second-largest cryptocurrency by market cap, climbed 17.2% against bitcoin since Monday. At the same time, the third-largest XRP has gone up by up to 21.1%, while its stark rival Stellar, or XLM, surged by 16%. On the whole, the altcoin market capitalization has jumped from $80.36 billion to $88.14 billion ever since prospects of the Saudi attack weighed-in on global finance.

The divergences are still in play and slight breakout here.

Higher level consolidation & we're ready for the next significant push up, I'd say. pic.twitter.com/aap5Yjoev0 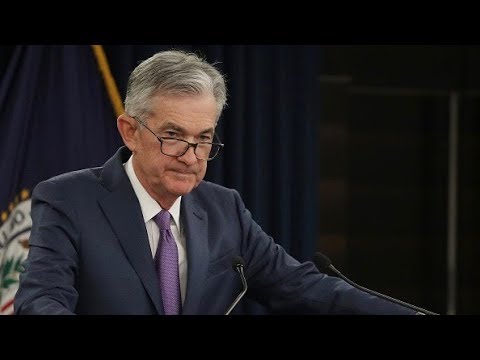 Bitcoin is down again, but observers believe the losses could be reversed after a U.S. interest rate cut expected Wednesday.

Bakkt, a digital asset platform backed by Intercontinental Exchange, is also set to introduce the world’s first physically-settled bitcoin futures contracts this week. Combined with a possible rate cut by the Fed, investors believe the events would fuel a new bitcoin price rally.

September 26, 2020 1 Comment
← PreviousThe US Quietly Printed $75 Billion out of Thin Air (For the Banks). This Is Why Bitcoin Matters
Next →Jamie Dimon Quashes Recession Fears — Here’s Why He’s Wrong

2 Reasons Why Investor Returns Will Diminish Over the Next Decade

Turkey’s Syria Offensive Threatens to Destroy Its Own Economy