It’s Thursday, and Epic Games’ duo of free games are up for grabs on the Games Store. The availability of this week’s games is great and all, but the exciting part is finding out what Epic Games has in store for next week.

This week you can get your hands on two titles. The first is Assassin’s Creed Syndicate, marking Epic’s recent move away from indie gems towards offering up heftier titles.

Syndicate is arguably the last Assassin’s Creed title to channel the origins of the franchise before Ubisoft doubled down on morphing recent entries into RPGs.

Many glossed over the game after the disappointing Unity. If you didn’t give it a chance first time around and you’ve got a soft spot for Assassin’s Creed, here’s your chance.

The second game available for free is Faeria. It takes the tried and tested card battler format and jazzes it up with a dynamic board feature that harks to turn-based strategy titles. The mix adds an extra layer to the traditional deck management and card selection loop of the genre.

Assassin’s Creed Syndicate and Faeria are available right now on the Epic Games Store. You’ll need an Epic account to claim them, but that’s a pretty small hoop to jump through for hours of fun.

InnerSpace Is Free Next Week

Looking ahead, Epic Games has revealed next week’s free game as InnerSpace.

The game asks the player to solve puzzles while flying through exotic worlds. 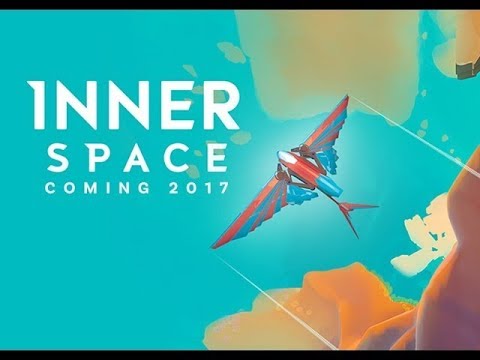 Here’s how PolyKnight Games describes it:

InnerSpace is a game about exploration, about player-driven moments both small and grandiose. Take your time, soar through the skies and dive through the oceans, and the secrets of the Inverse will reveal themselves.

If previous weeks are anything to go by, Epic Games will announce another freebie to accompany InnerSpace in the coming days.