Boeing sees the new 777X as a ray of hope, but it emerged from the same culture of cutting corners and coverups that gave us the MAX crisis.
PHNjcmlwdCBhc3luYyBzcmM9Imh0dHBzOi8vcGFnZWFkMi5nb29nbGVzeW5kaWNhdGlvbi5jb20vcGFnZWFkL2pzL2Fkc2J5Z29vZ2xlLmpzIj48L3NjcmlwdD4KPCEtLSBUb3AgQXJ0aWNsZSBDQ04gLS0+CjxpbnMgY2xhc3M9ImFkc2J5Z29vZ2xlIgogICAgIHN0eWxlPSJkaXNwbGF5OmJsb2NrIgogICAgIGRhdGEtYWQtY2xpZW50PSJjYS1wdWItNjQ3MjA2OTY5MzY1NzE0MyIKICAgICBkYXRhLWFkLXNsb3Q9IjU4NDY0ODIyMjMiCiAgICAgZGF0YS1hZC1mb3JtYXQ9ImF1dG8iCiAgICAgZGF0YS1mdWxsLXdpZHRoLXJlc3BvbnNpdmU9InRydWUiPjwvaW5zPgo8c2NyaXB0PgogICAgIChhZHNieWdvb2dsZSA9IHdpbmRvdy5hZHNieWdvb2dsZSB8fCBbXSkucHVzaCh7fSk7Cjwvc2NyaXB0Pg==

Boeing (NYSE:BA) is hoping the new product will boost its image. 777X’s marketing director says the new plane “represents the great things we can do as a company.” CNN says the maiden flight is “a ray of hope for the troubled US aviation company.”

But the fact that CNN reported the crowd was actually “relieved” to see the plane take off (without crashing) tells consumers and investors all they need to know.

And if that doesn’t, Boeing stock’s 27% tumble since last March should. As well as its Moody’s credit downgrade in December, its negative airplane sales in 2019, and analyst expectations that its fourth quarter earnings will be an “absolute disaster.”

Boeing has a fatal trust deficit.

The 737 MAX Scandal Keeps Getting Worse 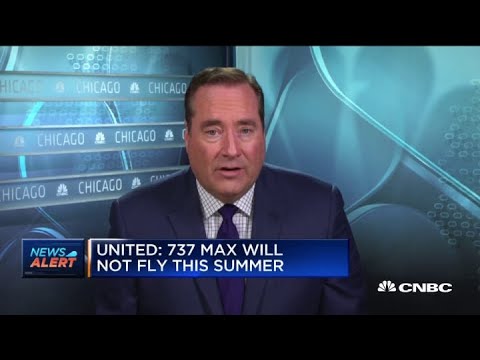 Between October 2018 and March 2019, 346 people died in two airplane crashes caused by faulty software in new 737 MAX planes. The first accident was a Lion Air flight in Indonesia. The second was an Ethiopian Airlines flight.

The MAX has been grounded by aviation authorities worldwide since March. During that time, we learned the 737 MAX catastrophes emerged from a corporate culture of cover ups and cutting corners at Boeing. In October, emails from 2016 show a Boeing lead pilot warned of the “egregious” flight control software implicated in the 737 crashes.

The pilot specifically complained of the issues that led to the Lion Air and Ethiopian Airlines disasters. In 2017, he instructed an FAA employee to remove the flight control system from pilot manuals and training. In another email to an FAA official, he said he was “jedi mind-tricking regulators.”

After Boeing executives became aware of the documents, a source said Boeing failed to turn them over to the FAA for four months. Then we learned earlier this month that Lion Air specifically requested simulator training for 737 MAX pilots. And that Boeing pushed the airline not to train its pilots to cut corners for the MAX roll out.

Now friggin Lion Air might need a sim to fly the MAX, and maybe because of their own stupidity. I’m scrambling trying to figure out how to unscrew this now! idiots

WHAT THE F%$&!!!! But their sister airline is already flying it!

Boeing’s culture is still precedent for the 777X 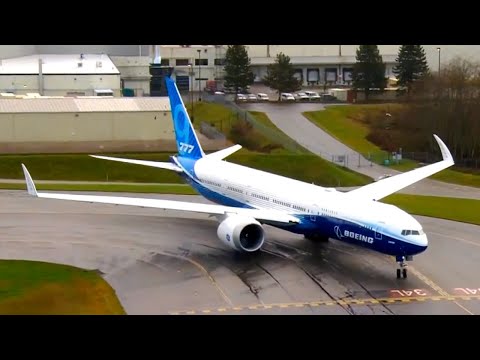 The Boeing 777-9X is the next generation model in the 26-year-old 777 lineup. The 777X features a larger fuselage with a wider cabin for extra seating capacity. It’s also updated with composite material wings, folding wingtips, and new GE9X engines.

So far the 777 family has been one of the safest planes to ever fly. It’s had a a 0.18 crash rate per million flights. But the latest model has been significantly redesigned and tested by the same Boeing, with the same corporate culture that gave us the 737 MAX.

And the way Boeing handled setbacks during the development of the new 777 should make any airline passenger think twice about flying on one. It’s the same pattern of rushing the product to market and covering up information that preceded the MAX disaster.

In September, 777X failed a stress test that involved bending the wings to a worst case scenario level. Those familiar with the test reported that the rear part of the fuselage depressurized, and a door came off the plane. But Boeing downplayed it to investors as a “testing issue,” instead of acknowledging a test failure.

Satisfied with the characterization and reassurances, Boeing shares ended the day 3% higher. But in November, we learned the test failure was far more serious than Boeing let on. A photo obtained by the Seattle Times showed the 777X fuselage split wide open:

Boeing has kept the details secret, but photos obtained by the Seattle Times show that the extent of the damage was greater than previously disclosed and earlier reports were wrong about crucial details. The test plane is a complete write-off, its fuselage skin ripped wide open just behind the wing.

The 777’s new General Electric-designed engines have had problems in development as well. GE has had to recall the engines mid-development after testing found their high-pressure compressor overheats. Despite the setbacks, Boeing kept pushing for a 2019 launch of the new plane. The company eventually relented and gave up that timeline.

W. E. Messamore
Markets Contributor for CCN living in Nashville, Tennessee. Bachelor of Business Administration from Belmont University in 2009 (majored in Entrepreneurship). Organized Senator Rand Paul's first and second online fundraisers in 2009. Roving editor for the Independent Voter Network since 2013. Email me | Link up with me on LinkedIn | My Website | My Muck Rack Page | Follow Me on Twitter (followed by: fmr Rep. Ron Paul (R-TX), Sen. Rand Paul (R-KY), fmr NM Gov. Gary Johnson, and Rep. Thomas Massie (R-KY))
Subscribe
1 Comment
Most Voted
Newest Oldest
Inline Feedbacks
View all comments
← PreviousAhead of Earnings, Tesla Stock May Have Gotten Ahead of Itself
Next →5 Reasons Why Elon Musk Should Be Terrified of Rivian