Elon Musk revealed he has big ideas for an electric plane back in 2018. He told Joe Rogan in a wide ranging interview on Rogan’s podcast. When Rogan asked:

Have you ever looked at planes and gone, ‘I could fix this?’

The engineer and Tesla (NASDAQ:TSLA) and SpaceX CEO answered:

I have a design for a plane… 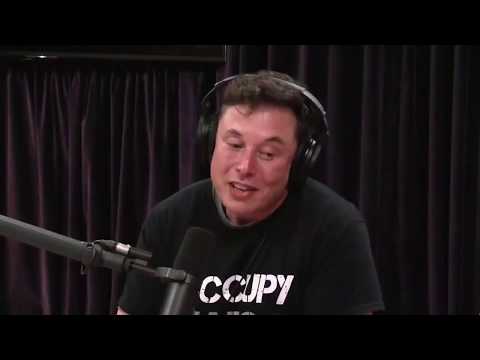 He went on to describe his plan for a vertical take off and landing (VTOL), high altitude, supersonic jet. Of course Elon Musk’s airplane would be powered by electric battery, not jet fueled gas-turbines. But Musk said it “isn’t necessary right now.”

Boeing announced Tuesday that its 737 Max jetliners will remain grounded until at least the middle of this year when the summer travel season begins. pic.twitter.com/39bAzJa1t6

The U.S. needs someone who knows what they’re doing to save American airplane manufacturing. After its best decade in history, Boeing is tangled in a devastating crisis.

Boeing executives are now telling customers the 737 Max will remain grounded until June or July. That will be 16 months on the ground since aviation authorities banned the airliner from flying. Boeing has had to compensate the families of the victims and settle for financial damages to American and Southwest airlines.

Both the airplane manufacturer and its biggest supplier have had their credit ratings downgraded by Moody’s. A Bank of America analyst estimates the total cost of the Max crisis to reach $20 billion. “Boeing recorded a negative number of commercial airplane sales” in 2019 because of cancellations. Analysts expect Boeing’s fourth quarter earnings to be “an absolute disaster.” Boeing stock has plummeted 28% since its March 2019 peak.

Elon Musk Turned Tesla Around In A Year

Visualization of the air flow field around the nose landing gear of a Boeing 777. The simulation was run on 5,000 Pleiades cores and required over 1 million processor hours, generating over 50 terabytes of data https://t.co/yQK3Axegpi [more: https://t.co/bfQ7kGxpRd] pic.twitter.com/bRRZstRBcZ

But working with Elon Musk would give the company a much-needed confidence boost. And he could help Boeing create one of its safest and most exciting products ever while moving the world closer to a sustainable, zero-carbon economy.

He turned around Tesla in less than a year. Musk took his car company back from the edge in May 2019 to a $100 billion market cap this month.

We’re going to start with a clean sheet of paper again; I’m looking forward to that.

Hand that sheet of paper to Elon Musk.

He has a stellar record of making safe, cost-saving, environmentally friendly products. And they’re fun and exciting to boot, some flair the airline industry could use.

Incredible achievement from @SpaceX! Flawless launch of Falcon 9, Dragon separation and splashdown. All in the name of safety for future astronauts 🙌. I edited down to twitter length so we can all enjoy the full cycle. Huge congrats @elonmusk and the @spacex team!! #SpaceX pic.twitter.com/IvzZXulyuK

In September, the Tesla Model 3 won the Insurance Institute for Highway Safety’s “2019 Top Safety Pick+ award.” And the U.S. government rates Tesla’s cars the safest out of any vehicle on the road:

The Model 3 is the safest car ever tested by the National Highway Traffic Safety Administration (NHTSA), whose testing procedures determined Tesla’s newest car has the lowest probability of injury in a collision of any of the over 900 cars NHTSA has tested. In second place is Model S, and in third — you guessed it — Model X.

An electric Boeing airplane would also cut costs for its customers and reduce the world’s dependence on fossil fuels. Elon Musk saves consumers who buy Teslas thousands of dollars on fuel. His electric cars also save money on lower-cost maintenance. That’s because they’re simpler and have fewer moving parts.

Musk has an epic track record of cost savings in aerospace too, not just on the road. He fundamentally transformed the space economy by cutting rocket launch costs from $18,500 per kilogram to $2,720 per kilogram with the SpaceX Falcon 9. An Elon Musk designed, all-electric airliner is what Boeing needs to get off the ground again.