We learned this week that Greta Thunberg is getting her own television show. It will be a documentary about her “extraordinary” life as the face of climate change activism.

BBC Studios will be producing the series:

The Thunberg series will be made by BBC Studios’ science unit and, as well as following her global climate crusade… It also promises to share some “quiet moments” as Thunberg prepares her speeches and reflects on her life as a teenager like no other.

So a major premise of the show is what it’s like for Greta Thunberg to be famous. In other words, she’s now famous for being famous.

Her supporters would disagree. They’d say she’s a climate change activist. But to be an activist, you actually have to do something. All Thunberg does is complain.

Greta Thunberg Is a Celebrity – Not an Activist

In the U.N. Climate Action Summit speech that made her famous, Thunberg said the “solutions needed are still nowhere in sight.”

But she’s definitely wrong about that.

You want to know who’s a real climate change activist?

Elon Musk and all the people who work at Tesla.

Tesla did the work to completely retool the entire automobile industry. They did the planning and engineering to lay the infrastructural groundwork for a zero-carbon economy.

And Elon Musk didn’t childishly attack anyone like Greta Thunberg has.

He didn’t repeatedly chastise every boomer on the planet, “How dare you!”

He didn’t tell everyone he “will never forgive” them if they don’t change how they’re living.

And he didn’t tell everyone over the age of 30 that they must be ignorant or evil.

Musk didn’t chide others for not changing. He followed Gandhi’s mantra to be the change he wanted to see in the world. And he isn’t bossing anyone around or making anyone do anything they don’t want to do like the imposition of a strict global carbon regime would.

He just made electric cars.

Tesla’s cars use electricity, and don’t create carbon emissions. Some electricity is generated in carbon-emitting plants, but it doesn’t have to be. Other engineers have helped to drastically drive solar panel prices down.

The collapse of solar prices is nothing short of miraculous.

Today, the price of solar energy is cheaper even than coal – traditionally the cheapest form of energy out there. Now major companies are investing millions of dollars in solar power, including The Blackstone Group, a private equity firm, known for making lots of money.

You read that right. Greedy capitalists are doing more to protect the environment from climate change than climate scold Greta Thunberg.

Like Kim Kardashian, Greta Thunberg is famous for her conspicuous affluence.

Ask any successful adult who grew up poor what their mom would have done if they talked to her the way Greta talks to the grown-ups.

Many kids from extremely impoverished or developing countries hit the books hard so they can be a doctor, or lawyer, or engineer. Greta lives in a corner of the world so abundant with resources, she became rich and famous for skipping school.

Like Kim Kardashian, she’s so privileged she doesn’t actually have to be good at anything to succeed. All she has to do is be an angry avatar for a political ideology.

No wonder Kimmie is a fan: 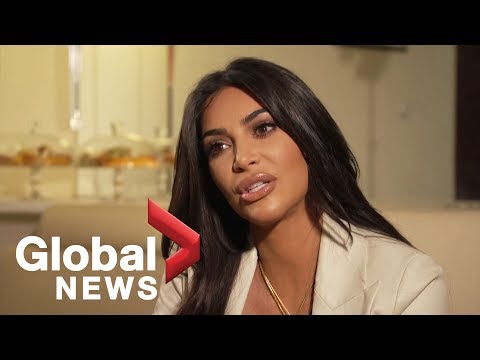