Beyond Meat (NASDAQ: BYND) has come back to life after its alarming collapse from above $200 per share. Surging another 7% on Friday, BYND is now within reach of the $100 handle, and trading volumes are soaring.

Bizarrely, this rally may have been fueled inadvertently by a tour of Kim Kardashian West’s freezer.

Beyond Meat Gets Vote of Confidence From Kimye’s Freezer

A social media tour of Ms. Kardashian West’s massive kitchen went viral this week. As fans of the reality TV star gasped at the sheer opulence of her home, one eagle-eyed employee at Beyond Meat noticed some familiar sausages taking pride of place.

BYND stock has been through the roof ever since, reveling in the extremely valuable (and free) product placement Kardashian provided.

“We’re excited to see Kim Kardashian and her family always keep Beyond Sausage stocked in the freezer,” a Beyond Meat spokesperson told CCN.com.

Corporations pay top-dollar for partnerships with big stars, but their unsolicited support often has the most significant effect on the stock market.

Another member of the Kardashian-Jenner clan, Kylie Jenner, once famously tanked Snapchat’s stock (NASDAQ: SNAP) after she criticized an update on Twitter.

Beyond Meat stock had already been rising strongly for a couple of days before the revelation that Kim Kardashian and/or Kanye West like their plant-based sausages.

The initial momentum in this former unicorn IPO originated a few days ago when it was announced that McDonald’s was ending its partnership with Beyond’s most intense rival, Impossible Foods. This put one of the most potentially lucrative partnerships back on the table for dynamic CEO Ethan Brown.

But you can’t deny that the surprise endorsement is fantastic news for the company, particularly given the emphasis all the Kardashians place on physical fitness these days. 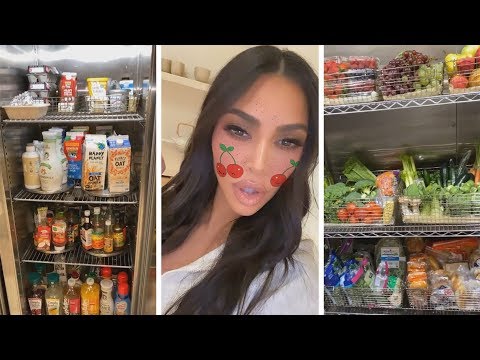 Beyond Meat’s product line has been criticized for being packed with saturated fat and sodium, making a vote of confidence from one of California’s health-mad celebrity elite particularly meaningful.

Another catalyst for the volatile BYND’s rally has been the return of strong risk appetite to financial markets.

The US-China trade war appears to be thawing, while tensions with Iran have also faded, helping to get some bullish speculation back into the stock market.

Multiple record highs in the Nasdaq this year are also helping to lift some of the tech sector’s less profitable companies on the rising tide.

Investors Jostle Ahead of Beyond Meat Earnings

Beyond Meat’s latest earnings release is scheduled for February 5th, and expectations will be high after its stunning last quarter, which saw the plant-based meat producer turn a profit for the first time.

Investors will be trying to position early, but the sudden burst of interest already has Wall Street on notice, particularly given what happened the last time BYND stock went on a tear.

And that was before we knew that Kim Kardashian West was a fan.