By CCN.com: Google revealed the Stadia, its mysterious gaming console/service earlier this year. Today, five months later,  Google hosted a new Stadia ‘connect’ event at Gamescom to reveal further details. Despite not many details emerging, or mainly because of that, the Internet is already having a lot of fun with Google’s new console. Not by playing it mind you, but by laughing at it.

Stadia is impressing no one

In its big reveal, Google boasted the Stadia would be twice as powerful as the Xbox One X. That’s nice, but the Stadia is not going against a console from X’s gen. It’s going up against consoles such as the new Playstation. That beast is rumored to be as powerful as a state of the art computer.

If the Stadia turns out to be as powerful as it needs to be to compete with the next-gen consoles, it’s still going to have to be able to attain zero latency. That’s likely not even possible, given the network infrastructure of most countries. Even the average United States user has speeds that are below what Google deems acceptable for streaming (but still isn’t).

But that’s not stopping anyone from having fun

How can we believe Google, if even the event was ironically plagued by latency issues?

No matter your feelings on the actual product, Google Stadia announcement livestreams having buffering/lag issues will never not be funny.

The Google Stadia Connect event is currently one minute late. Not because of technical issues. But because the team at Google want to give you an idea of the real time input delay for its games.

Another user went even deeper by noticing how similar the Stadia and OnLive’s controllers are. OnLive being the first – and therefore the first to fail – streaming game system.

Do you think Google purposely made their Stadia controller look like the failed and long dead streaming game service OnLive’s or was that a bad oopsie? pic.twitter.com/dEgy8y9dsf

And what about the games?

While the Stadia doesn’t lack games per se, it’s hard not to be disappointed at the complete lack of exclusives. That’s especially disappointing, as Stadia’s stream happened just a few hours after Sony had announced the acquisition of Insomniac Games. That’s a company responsible for some of the best console exclusives of all time.

Sure, Cyberpunk 2077 will be coming to the system, and that’s great, but it’s also going to come out to pretty much every other system. 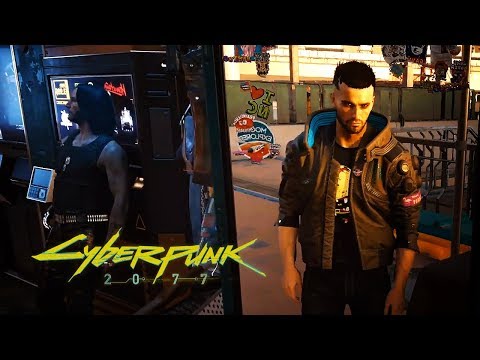 Twitter also had a lot of fun talking about Stadia’s games -or lack thereof. User Wario 64 tweeted that farm simulator would be Stadia’s killer app. Notice how even that small clip has lag issues.

A Redditor reworded an Internet-famous passive-aggressive open letter sent to the developers of Apex Legends yesterday to hilariously hyperbolize his concerns with the Stadia.

We’re not moving to India to find an alternative to Stadia. We’d still like to see the system work, but if it doesn’t, we’ll make XEECEE’s words our own.

personally i'd appreciate it if google stadia hell away from me