When Lea Michele sent a tweet out into the universe supporting Black Lives Matter, she couldn’t have anticipated what would come next. Samantha Ware, a star on season 6 of Glee, came forward to call her out on threatening to “sh*t in” her wig during shooting. Many thought this showed Lea’s true feelings toward people of color, and rightly so.

However, as the list of people Lea slighted continues to roll in, one thing is clear. Lea doesn’t discriminate against anyone. Her sheer loathing for other people in her spotlight is vast and has no boundaries. 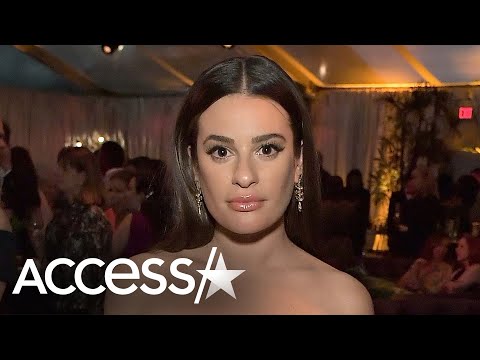 An anonymous source spoke to Us Weekly last week to confirm as much.

It didn’t matter if you were young or old, black or white – it’s just kind of her world. Though she was completely self-obsessed toward everyone, she did not discriminate.

Lea’s co-stars have painted a vivid picture of an aggressive bully in a short skirt and knee highs dominating the Glee set like she was Cruella Deville.

While it’s true that the show wouldn’t have been the same without her character, Michele’s transgressions and venom shouldn’t have gone unanswered for so long. In her statement apologizing for her behavior, Lea used the age-old cop-out.

Whether it was my privileged position and perspective that caused me to be perceived as insensitive or inappropriate at times or whether it was just my immaturity and me just being unnecessarily difficult, I apologize for my behavior and for any pain which I have caused.

That’s the lengthy equivalent of “I’m sorry if you feel that way,” which puts the blame on the aggrieved. It’s otherwise known as gaslighting. Lea can try to say she was immature, but she was 22 when the show started, not 12. She was mature enough to take home $85,000 per episode, so she should’ve been mature enough to not be a raging, spoilt banshee to people unfortunate enough to work with her.

Amber Riley, who played Mercedes Jones on the show, addressed the controversy in an Instagram Live.

Riley is right. When it comes to slamming a person and making them feel like they should cower in her presence, Lea doesn’t see color. I believe her when she said in her statement that she hasn’t ever judged others by their background or color of their skin.

I believe she’s judged them by how long they were able to deviate the attention away from herself. She may not be racist, but Michele certainly has no problem in honing in on someone’s ethnicity to make a disparaging comment if she feels like it. Just ask Samantha Ware.

Lea has reportedly reached out to many of her former co-stars to atone for her sins. But, with a history this long and profound, is she really going to be able to make amends?

A leopard never changes its spots and actresses rarely change their attitude.