Never did I think I would be writing an article about the demonic inner workings of Fox’s hit show Glee. Out of all the TV series in the world, it seems far too clean-cut, far too inclusive, far too big of a series to ever court controversy.

Yet here we are.

After the heinous murder of George Floyd, people are speaking up in the fight against racial discrimination. Lea Michele, who played the lead role of Rachel in Glee, was one of them. But little did Lea know that a simple tweet would see her reputation go down in flames.

It wasn’t what she said then that would land her in hot water, but what she said years prior. According to actress Samantha Ware, Michele threatened to defecate in her wig when they worked together on the series.

While this tweet has stirred up enough controversy to see Michele’s name dragged over the proverbial hot coals on social media, Samantha isn’t the first one to speak up about the actress’s behavior.

Naya Riviera told the world about Lea’s treatment of her in her memoir:

She had a hard time separating work from our outside friendship, whereas it was a lot easier for me. Lea was a lot more sensitive, though, and sometimes it seemed like she blamed me for anything and everything that went wrong.

But Lea Michele isn’t the only Glee alum to have committed atrocities. In fact, her crimes pale in comparison to those of some of her co-stars.

It begs the question, how can a teen drama be such a breeding ground for toxicity? Or, does the answer lie in the question itself?

The untimely death of Cory Monteith – who played Finn in the series – rocked the world in 2013. The star’s drug abuse first started to develop when he was just 13 years old, but at 19, he emerged from rehab clean and looked ready to tackle the big lights of Hollywood.

When he landed one of the lead roles in Ryan Murphy’s series, it should’ve spelled success. He even found love with Lea Michele, but his demons soon resurfaced.

Far from being the type of fulfilling success he wanted in life, Monteith couldn’t wait to escape the show. He had nowhere to turn, and he relapsed.

His mother opened up about the subject after her son was found dead in a hotel room at the age of 31 from a heroin overdose.

He called that world plastic. It was too superficial for him. [Cory] was just too grounded and his heart was too intact. He couldn’t become hard enough…He was stressed because he wanted to get out of that world but he couldn’t because he had two more years left on his contract. Drugs were his way of checking out.

According to sources, the actor had been struggling for some time, so much so that his co-stars forced an intervention. While it certainly looks like he was provided with help, the inescapable fact is something on that set ripped through Cory’s core and was enough to send him spiraling. 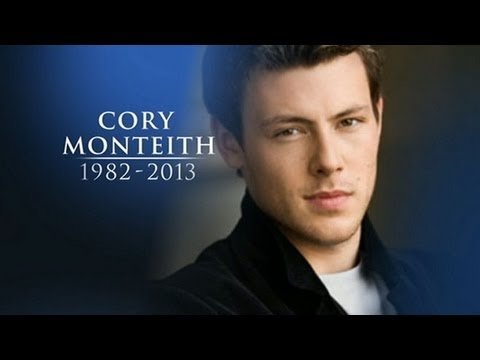 Though we’ll never know what element of the Hollywood machine ailed him most, Cory’s mom made it quite clear. He loathed that world and wanted out of the show as soon as he could.

The Glee crew intervened, but Fox didn’t do the ultimate kindness and release him from his contract. They kept him locked into a devil’s deal that eventually cost him his life.

The Glee Cast Was Much Less Family-Friendly Than We Thought

While Cory’s addiction was an open secret among the cast and crew, Mark Salling was harboring something much more sinister.

Just after the show wrapped in 2015, the actor, who played Puck, was pulled up on charges for possessing thousands of indecent images of children as young as 3. It was one of the biggest falls from grace Hollywood knew at the time.

Despite Salling’s camp saying the star was keen to face trial in 2017, he committed suicide before he could be sentenced.

Many members of the cast and crew still paid tribute to the 35-year-old, even though the charges against him were clear.

It’s completely probable that Mark kept his torrid behavior under wraps. It’s not the kind of thing you openly advertise.

That being said, many were surprised by Naya Rivera’s comments in her memoir. She dated Salling for three years before he dumped her and broke her heart.

My Son’s nanny actually told me about it when the story broke. I can’t say I was totally shocked, but still – WTF? Then I had no doubt that God really did have my back along the way. 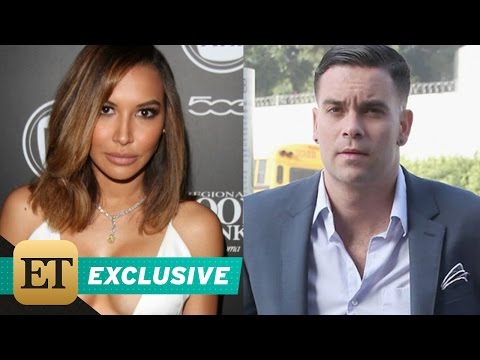 What Did Naya Know?

Rivera has never made it clear why she didn’t find the news shocking. Did she see something that others didn’t? The actress also made some shocking claims about Glee’s off-set culture.

[The cast] had the sex drive of bunnies and the bed-hopping skills of a polygamist cult.

According to her, everyone on the set was hooking up left, right, and center.

Any time a new person was added to the show, it was like fresh meat being dropped into the piranha tank. Eyebrows went up and hormones started churning at the thought of new hookup potential.

It’s true that virtually everyone in the show dated (or at least bedded) one another at some point. Lea Michele previously dated Matthew Morrison and a couple of months after Monteith’s death climbed into Salling’s bed. Rivera herself admitted targeting Chord Overstreet when he joined the series.

So much for that clean-cut cast we saw on our TVs.

These are just a few selected examples of the intricately badly-wired inner workings of the Glee cast and crew. From Michele’s deplorable behavior to two dead actors, it’s not hard to see that something was drastically wrong here.

That’s not to say that the show is solely to blame, but it wasn’t the moralistic, all-singing, all-dancing series it appeared on the surface.

At the height of its success, Glee was raking in millions of dollars for Fox. To cut a long story short, the network didn’t care what its stars did, or who they did it with.

Lea Michele might have a lot to answer for, but she isn’t the only guilty party. The entire Glee apparatus was right behind her, stoking the flames.