Giannis Antetokounmpo is almost as important to Milwaukee as beer. The city will need all the beer it can get if the Greek Freak decides to leave the Bucks in free agency.

The superstar forward, who’s been named the best player in basketball by ESPN and Sports Illustrated, is eligible for a massive contract extension next summer.

The Milwaukee Bucks can extend Antetokounmpo in 2020, to the tune of $253.75 million over five years, even if he doesn’t make an All-NBA team this season. This would be the largest contract in NBA history. Considering he was just the league MVP for a 60-win team, signing the contract seems like a no-brainer, right? Apparently not enough to say so out loud.

In a press conference on Monday, Antetokounmpo said:

“I’m not gonna talk about it a lot this season, and I’m not going to try to address it.”

That’s not exactly the reassurance the Milwaukee fanbase has looking for.

Giannis about addressing free agency this year. He said it’s disrespectful toward his teammates to do so. pic.twitter.com/sujnDz0jY2

“I feel like if you have a great team, and our goal is to win a championship and be the last team standing and get better each day, I think it’s disrespectful towards my teammates talking about my free agency and what I’m going through,” he continued. “So when the time is right, we’re all gonna talk about it. I don’t think the time is right.”

Milwaukee will be praying to the basketball gods that the “right time” isn’t when Giannis is out of the door, on his way to a powerful, big-market team.

Why the Bucks Should Be Worried

Bucks fans have a reason to be worried. Small market teams have had a tough time holding on to their superstars.

Finals MVP Kawhi Leonard forced his way out of San Antonio before landing in Los Angeles. Anthony Davis just weaseled his way from New Orleans for the Lakers.

But perhaps no comparison is more accurate, and more terrifying for Bucks fans, than Giannis and LeBron James. 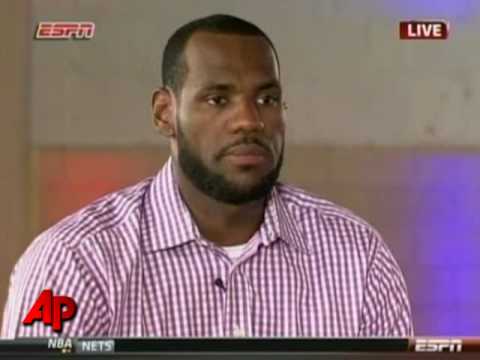 James was an immediate superstar in the league. He carried his small-market team, the Cleveland Cavaliers, from irrelevancy to the NBA Finals in 2006. He was a hometown hero, born in nearby Akron. His team won 60+ games twice, from 2008-09 to 2009-10. The next season, poof—he was gone.

LeBron was tired of carrying teams filled with nothing more than decent role-players. He wanted help. And he probably wanted some beach-time. He infamously left for the Miami Heat to team up with two other superstars, Chris Bosh and Dwyane Wade, and win two championships.

Giannis is not LeBron. He’s a unique NBA personality who doesn’t seem to be attracted to the glamour that captivates other stars. His main priority just seems to be winning. He’s not in a bad place for that.

The Bucks led the league in wins and point differential (+8.8) last year. They made it to the Eastern Conference Finals before the eventual champion Toronto Raptors ousted them in six games.

Giannis Antetokounmpo was so emotional after the series-ending loss that he stormed out of post-game press conference without saying a word.

The man just wants to win, and his supporting cast is better than any that James had in his first Cleveland stint.

Milwaukee just signed All-Star swingman Kris Middleton to a huge deal. They re-signed their three-point shooting center Brook Lopez and defensive stud Eric Bledsoe. While they may have made a big mistake in not re-signing key piece Malcolm Brogdon, it’s unlikely they’d let him go if Giannis really wanted to keep him.

The path is clear. If the Bucks can prove that they’re good enough to challenge for a championship this year, they’re likely to retain their star. If things don’t go as planned, at least they’ll have beer.