The California legislature has passed an earth-shattering bill that promises to change the entire landscape of collegiate athletics.

SB-206 would allow students to make endorsement deals and earn money for their efforts on the field. Many believe this is the wrong way to go, among them one of the great college football players of his era, Tim Tebow.

.@TimTebow passionately expresses his thoughts on the California Senate passing a bill allowing student-athletes to have endorsements. pic.twitter.com/W5uBW7ePNm

Tebow has a point. College sports is about the school and not the individual. The prospect of making the SEC virtually a minor league for the NFL has some troubling implications and might risk the very things that make it so popular.

California Bill Changes Nothing For Most Students

The portion of his evangelical rant that does clang is when Tim Tebow suggests that it is “just to make a dollar.” While the NCAA made moves so that student-athletes don’t go to bed hungry many don’t have any money whatsoever to enjoy their collegiate experience. When the NCAA tells you that paying athletes would hurt their education, it’s best to ignore them. Nothing hurts your grades like waking up at 5 am five times a week, working out to the point of exhaustion, and then trying to stay awake in calculus at 9 am after a 15-second shower and breakfast.

That’s why Tebow and the California legislature are both wrong. SB-206 doesn’t pay student-athletes, it pays the 2% that have a media presence. The Heisman winners and the 1st round draft picks. Don’t expect this bill to mean the 2nd string running back whose family can’t afford to come to games is going to be rolling in cash suddenly. Don’t forget the many non-revenue sports like track and field or golf that won’t see a dime either.

Plenty of star athletes like LeBron James are advocating that future star athletes should be able to profit from the revenue they bring to universities. This doesn’t solve the root of the issue, that college student-athletes need to be better looked after generally. Let’s not pretend there is any appetite from advertisers for image rights for more than a handful of these students.

It would be so easy for the NCAA to fix this issue. Just increase the amount of money and amenities available to students. 24-hr access to free food (for every sport), cover travel so they can go home or family can visit them and be more realistic about the quality of education that can be achieved while training full time. They probably won’t, and it means we have to listen to LeBron James and Tim Tebow argue about how to treat a tiny minority of elite athletes. 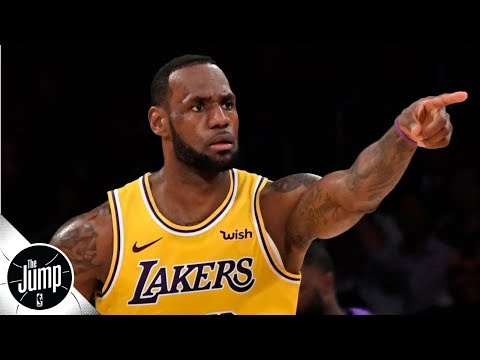 SB-206 will inevitably blow up Title IX efforts to create equality between male and female teams. It could lead to the cancellation of many non-revenue creating sports to cover the loss of income that billion-dollar colleges will claim they can’t absorb. Based off a recent poll, students believe they should be paid, but they will be thinking they are all going to be driving Mercedes and haven’t really thought about how minute interest is in individual college athletes. Even if you paid them a minor-league salary, it’s basically the same as the cost of attending an elite college anyway.

In typical gung-ho fashion, California has approved a bill that appears progressive but ultimately could prove quite the opposite. The star quarterback who was paid under the table for endorsements is now going to be paid over it, that’s the only difference.