The BLS revealed CPI jumped in August as Jerome Powell announced a 2 percent-plus inflation target. Alan Greenspan warns it will get out of control.

This week’s brutal equity selloff might be leaving some investors with buyer’s remorse. The Dow Jones and S&P 500 Index declined sharply last week, with the Nasdaq entering correction territory as tech shares plunged.

But if a growing chorus of inflation warnings are on the money, it will be all of us who pick up the tab with rising costs of living. And the chorus includes some of the most well-regarded authorities in financial markets.

Alan Greenspan warned in December that inflation would “inevitably rise” as federal deficits balloon. This followed months of alarming yield curve inversions in U.S. Treasury bonds. He also stood by previous statements that the U.S. faces stagflation ahead and that Washington finances look “downright scary.” Watch: 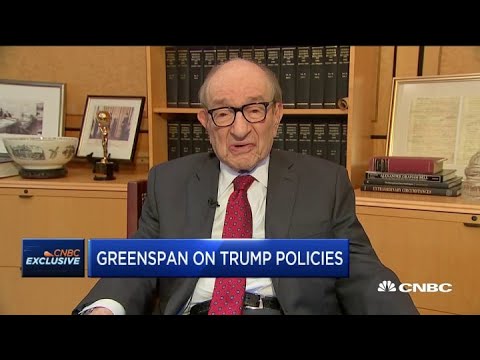 This was before Congress, the Treasury, and the Federal Reserve joined together this year to stomp deflation. They made Bush, Obama, Pelosi, Paulson, and Bernanke look AWOL by comparison. Trump, Pelosi, Mnuchin, and Powell launched a preemptive strike of unprecedented fiscal and monetary magnitude.

The 2009 ARRA was $787 billion when Bush signed it (creeping up to $831 billion). The 2020 CARES Act starts at $2 trillion. White House chief economist Larry Kudlow revealed that the Fed is deploying a $4 trillion intervention in financial markets. We’re living in the blast of history’s mother of all emergency stimulus bombs.

Meanwhile, things are just as dovish across the pond, with the European Central Bank as worried about deflation as the Fed.

In the rare television interview, Greenspan warned that inflation is now a looming threat. He blames ballooning federal budget outlays for hogging up financing that could fuel GDP:

My overall view is that the inflation outlook is unfortunately negative and that’s essentially the result of entitlements crowding out private investment and productivity growth.

Hours later, the Bureau of Labor Statistics revealed CPI ticked up in August. Last month, Jerome Powell announced the Fed is willing to overshoot its inflation target of 2%.

Greenspan’s predecessor, Paul Volcker, famously tamed soaring levels of inflation with high interest rates. In the late 1970s, the U.S. experienced severe inflation while the economy was contracting. This “stagflation” shocked many mainstream economists who didn’t believe it was possible. It was until then, an off-the-charts worst-case scenario for the economy.

The “stagflation” nightmare may have had something to do with ballooning federal spending over three decades through the end of the 1970s. Greenspan chalks up this decade’s inflation threat to ballooning fiscal outflows to retirees from the creation of new debt:

We do have a great deal of knowledge on the extraordinary increase in the size of the retirement area. We are, if anything underestimating the size of the budget deficits that are down the road.

Greenspan is an elder statesman of the financial regime. But he disagrees with sitting Fed Chair Powell and others who fear deflation will lead to a protracted, severe depression. But he’s not the only financial legend warning about inflation.

Euro Pacific Capital CEO Peter Schiff predicted the housing crash and how it would unfold into the 2008 financial crisis. He’s also worried about the looming fiscal debt bomb, and warned in April that catastrophic inflation “is very much on the table.”

Stanley Druckenmiller is a billionaire investor who worked as the lead portfolio manager for George Soros’ Quantum Fund from 1998 to 2000. He has made a lot of money in leveraged trades in futures and currency markets over the years. Watch him tell CNBC on Wednesday that the Fed is fueling a massive bubble in equities: 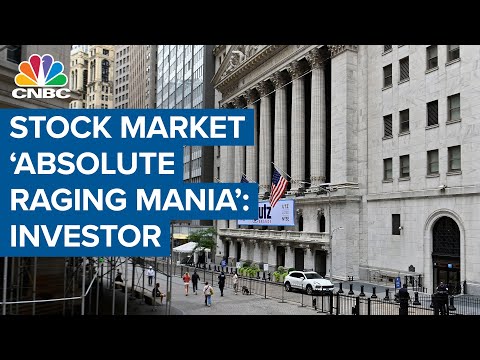 The merging of the Fed and the Treasury, which is effectively what’s happening during Covid, sets a precedent that we’ve never seen since the Fed got their independence. It’s obviously creating a massive, massive, raging mania in financial assets…

Druckenmiller added he’s worried inflation could hit 10% in the next four to five years. He said it’s “dangerous” for Powell to lobby Congress to spend more with a $3.5 trillion deficit. He warned the U.S. has a five-year inflation hangover ahead.

September 27, 2020 2 Comments
← PreviousWatch Out Robinhood Traders, Nikola Is the Sucker in the GM Deal
Next →Money Managers Brace for Volatility as Odds of Contested Election Rise