The Dow Jones approached a new record high on Friday, as a mixture of positive data on both sides of the US-China trade war lifted the stock market’s spirits. Diving deeper into the figures, however, some obvious risks continue to emerge for the Dow.

President Donald Trump preemptively cheered record highs in both the Nasdaq (+0.91%) and the S&P 500 (+0.82%), and the indices maintained those gains as the session wound to a close. The Dow Jones was the best performing of the three, but it didn’t quite hit the heights needed to get a shoutout from Trump.

The president also made a very odd move by providing some questionable jobs numbers before the actual release, which may have pumped the rally in the Dow slightly if bulls gave them any credence.

Elsewhere, Chinese Caixin manufacturing appeared to be a significant catalyst for risk appetite alongside the better than expected US payrolls figure. This helped send crude oil skyrocketing more than 3.75% higher, while the gold price retreated.

As hopes remain that Trump will soon be able to sign a partial deal to de-escalate the trade war further, the fact that macro data is holding up well has been great news for stock market bulls. Impeachment proceedings rumble on, but the odds of Trump’s actual removal remain so low it is hard to see traders giving this eventuality much consideration, even if the White House does.

Weakness Lurks in US Employment Data

While the market was cheering a better than expected jobs report, weakness in wage growth carried over for the second month in a row. The Dow Jones relies heavily on consumer spending, and Chief International Economist James Knightley at ING fears that the employment figures are not telling the whole story, stating in a recent report,

“If we take account of the relatively low participation rate, we find that employment as a proportion of total working-age population is only 61%, well below the levels experienced in the twenty years between the mid-1980s and mid-2000s. It is also important to remember that the US experienced two recessions during this period, and the employment ratio still remained above where we are today. This could be a factor that has limited the upside for wage pressures.”

A slowdown in consumer spending is bad news for the Dow, particularly because it would coalesce with a contraction in the state of US manufacturing.

There was actually some weakness in a handful of stocks in the Dow 30, but monster performances from some of the most heavily weighted members offset those losses.

Apple continues to star, rising 2.3% as the good times continue from its recent earnings report. Global growth bellwether Caterpillar put on the most significant performance, with an almost 4% rally. 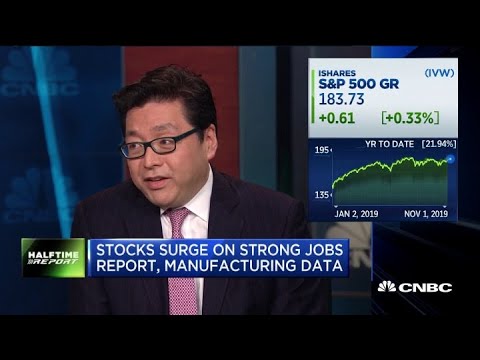 Boeing also enjoyed a nice 1.2% recovery. Were it not for BA stock’s lackluster few months, the Dow Jones would almost certainly be sitting at record highs.

Goldman Sachs and JPMorgan Chase both rallied on the day as US Treasury yields climbed.

Interestingly, despite the huge rally in the prices of oil and natural gas, Chevron was trading dead flat on the day, though fellow energy giant Exxon Mobil was more than 2.75% higher.