Dow Jones Industrial Average (DJIA) futures are up Friday thanks to positive Chinese data that showed an expansion in factory activity last month, pointing toward a stronger stock market opening. The Caixin/Markit manufacturing Purchasing Managers’ Index (PMI) for October expanded at the fastest pace since February 2017, indicating that the country’s economy could be back on track.

The privately-sanctioned Caixin China PMI came in at 51.7 for October. Any reading above 50 indicates an expansion in factory activity. The October reading beat Reuters’ Caixin PMI forecast of 51.0 and was also better than the September reading of 51.4. According to Dr. Zhengsheng Zhong, the director of Macroeconomic Analysis at CEBM Group (an independent investment research firm):

“Both domestic and foreign demand improved substantially. The subindex for new orders stayed in positive territory and rose to the highest level since January 2013. The gauge for new export orders returned to expansionary territory and reached the highest point since February 2018, due likely to the U.S.’ move to exempt more than 400 types of Chinese products from additional tariffs.”

Dow futures has a China spike

Futures on the Dow Jones Industrial Average increased 49 points to 27,031 at 5.27 am ET after the index ended October in abysmal fashion. The Dow plunged below 27,000 points on Thursday thanks to trade war-related tensions, dropping 140 points to 27,046 at close on Oct.31.

The stock market isn’t out of danger yet

The Dow’s initial promise could fade quickly as the private Caixin/Markit PMI data is contradicting the official reading. The official Chinese PMI data from the National Bureau of Statistics showed a reading of 49.3 for October, down from September’s reading of 49.8. This was the sixth straight month of shrinking factory activity in China, according to the official stance.

Still, the Dow seems to be pumped up by the positive Caixin data as the private survey takes into account more of the small- and medium-sized businesses. On the other hand, the official PMI data contains a greater proportion of large businesses and government-controlled companies.

So it would be foolish to think that the Chinese economy is back on track, especially considering that a concrete resolution to the trade war isn’t in sight just yet. Bloomberg reports that officials in Beijing are worried that President Donald Trump’s “impulsive nature” could nix the limited “phase one” trade deal that the U.S. and China are expected to sign in the coming weeks. 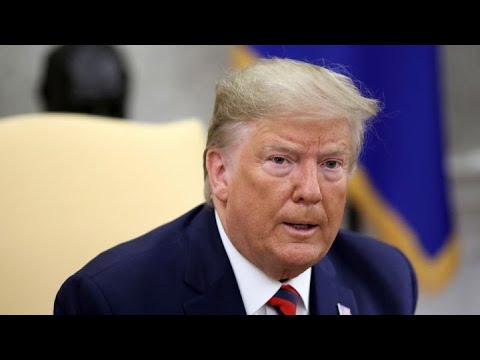 But that’s not the only headwind that the Dow and the broader stock market face today. The October jobs report is due out at 8.30 am ET and there’s expected to be a marked slowdown in key readings. The Bureau of Labor Statistics is expected to report an increase of 85,000 in nonfarm payrolls for October, down sharply from September’s jump of 136,000.

The unemployment rate is also expected to inch up to 3.6 percent from 3.5 percent last month. The October jobs data will be skewed thanks to a 40-day strike carried out against General Motors by United Auto Workers (UAW). Economists expect the strike to cause a loss of 55,000 manufacturing jobs for October as compared to a smaller loss of 2,000 jobs in September.

The U.S. job market has been showing signs of cooling off in recent months and that trend seems all set to continue in October.

Worth noting @ADP revised down its August report, showing employers added 38K fewer jobs than 1st reported. "Businesses have turned more cautious in their
hiring…If businesses pull back any further,
unemployment will begin to rise," Mark Zandi of Moody's says in the report. pic.twitter.com/Gr2kLjXcrY

The fate of the Dow and the stock market also depends on the earnings reports from AbbVie, Chevron, Alibaba, and Exxon Mobil that are due today.