The Dow’s dramatic reversal sputtered on Thursday, as the post-Fed rally ran out of steam amid a burgeoning crisis in the Middle East and warnings that China tariffs could go as high as 100%.

Supporting the Dow, bulls appear to be ignoring the fact that the FOMC is technically in a holding pattern, preferring to trust that economic trends will force a divided Federal Reserve to cut interest rates again this year.

Despite heading toward a triple-digit rally during the morning session, the Dow Jones Industrial Average turned negative in late afternoon trading. At last check, the Dow had lost 17.48 points or 0.06% to settle at 27,129.60.

The broader stock market was virtually flat as the S&P 500 and Nasdaq posted cautious gains of 0.11% and 0.15%. Brent crude oil bounced over 1.15%, while gold slid markedly, down 0.51%. A softer US dollar was sharply lower against the Japanese yen and British pound, helping to cushion equity markets.

One of Donald Trump’s top advisers on China sent the markets into a tizzy when he claimed that the US might seek 50% or even 100% tariffs on Chinese goods in an attempt to win the trade war, but downplayed that Trump was trying to force “Cold War 2.0.”

The Dow Jones clearly disliked even the hint of trade war escalation, and money flowed out of the stock market into havens like US bonds.

Any hopes of a détente with Iran are fading into thin air as the OPEC member warned against “all-out war” with the US if there are any retaliatory strikes. This is more a return to the status quo than an escalation, and the stock market did not have a visible reaction to these threats.

Despite the resilience of the Dow Jones to these hawkish comments from Iran’s Zarif, it is clear the Trump administration is at a crossroads. While Trump has opted to increase economic sanctions, Mike Pompeo has been in Saudi Arabia amid talk of forming a coalition to counteract Iranian aggression.

Any further disruption in the oil markets could be extremely detrimental for risk appetite, as we saw after the massive spike in crude on Monday. 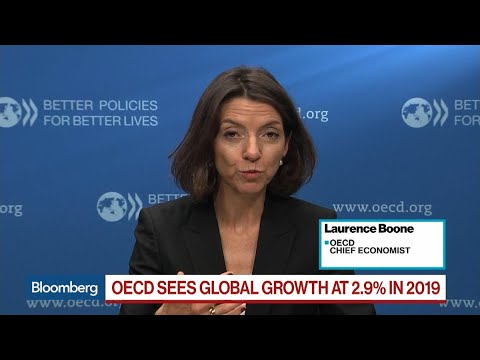 As the Dow continues to climb, it is clear that investors believe that there is more easing coming from the Federal Reserve.

Providing a concise explanation of why the stock market has changed its outlook so rapidly, Bill Diviney, Senior Economist at ABN AMRO, advocates for more rate cuts by focusing on some of Jerome Powell’s wording in his press conference, as he writes:

“We continue to expect a further weakening in the macro data over the coming months, and on balance we expect this to ultimately drive the Fed to cut by more than it is currently signalling (see our preview for more). Indeed, in signalling this possibility, Chair Powell notably avoided repeating the ‘mid-cycle adjustment’ phrase used at his last press conference, pointed to ‘additional signs of weakness abroad and a resurgence of trade policy tensions’, and said that, while not the Committee’s expectation, ‘a more extensive sequence of rate cuts could be appropriate’ if the economy turns downward.”

Looser monetary policy has generally been good for stocks when there is buying appetite. But, as the flight to value demonstrates, the general trajectory of the economy appears to be lower, which can only be bearish for the Dow Jones over the longer term.

The Dow 30 was supported by Microsoft on Thursday, as the software company flew 1.81% on news that it was announcing a $40 billion share buyback and increasing its dividend.

This helped lift other tech stocks, as IBM also climbed 0.60%.

However, Apple stock continues to struggle, failing to regain its momentum after Goldman Sachs trashed its accounting after the launch of Apple TV. AAPL shares lost 0.87%.

Nike was 0.57% lower on a day as headlines revealed that scandal-embroiled New England Patriots wide receiver Antonio Brown was no longer one of its athletes.