The Dow Jones dropped sharply after the Federal Reserve cut interest rates by 25 basis points to 1.75%, only to mount a stunning recovery in late afternoon trading.

The US dollar surged, with Treasury yields hitting the Dow hard as the stock market trembled under the extraordinary situation of three FOMC members dissenting.

US stocks recovered after Powell’s optimism in the press conference seemed to soothe investor fears.

Dow Ratchets Higher as Investors Come to Grips With FOMC

Shortly before the closing bell, the Dow Jones Industrial Average had erased more than 200 points of losses to advance to a slight gain. At last check, the Dow stood at 27,131.65 for an increase of 20.85 points or 0.08%.

The Nasdaq and S&P 500 reported slight losses but tracked closely with the Dow Jones as markets seesawed in response to the profound disunity within the FOMC.

The dot plot now indicates that the FOMC is on hold. Jerome Powell has seven members who believe additional cuts are needed this year, while five believe no further reductions are warranted.

Jay Powell and the Federal Reserve Fail Again. No “guts,” no sense, no vision! A terrible communicator!

Speaking in his post-decision press conference, Powell made the return to a patient approach to interest rates abundantly clear, as he stated:

“We see a favorable economic outlook. If the economy does turn down, a more extensive sequence of rate cuts could be appropriate, but we don’t see that. We will act as appropriate to ensure the expansion remains on track. We are not on a pre-set course… What we do going further is very much going to depend on the flow of data and information.”

In response to a question regarding the divided Federal Reserve, Powell remarked:

“This is a time of difficult judgements and as you can see, disparate opinions. I see a benefit from having diverse perspectives.”

This is the ultimate confirmation that the Federal Reserve is now data-watching again. There will be none of the automatic rate cuts that many Dow bulls have priced into their forecasts. 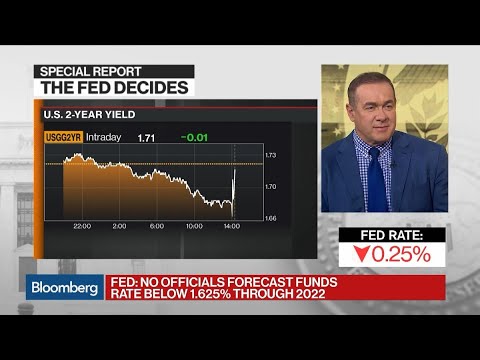 Nevertheless, Chief Economist James Knightley at ING is confident that regardless of the dot plot, the Federal Reserve will definitely cut rates again as the global economic picture continues to worsen, as he writes:

“We believe more Federal Reserve interest rate cuts are coming. This week’s Chinese data only underlines our fears about global growth story while the latest round of ECB policy easing is unlikely to be the catalyst for a phoenix from the flames like recovery in Eurozone activity. Add in the rising geopolitical tension relating to Saudi Arabia and Iran, plus Brexit worries and a strong dollar (which is hurting US international competitiveness) and it is clear the US economy will continue to face major headwinds.”

All these arguments can only be taken as a mixed outlook for the stock market, though US assets have acted as a safe harbor during periods of risk-off for international investors.

The Dow 30 was mixed ahead of the closing bell, with Caterpillar one of the worst hit. Down 1.7% at its lows, the risk sentiment bellwether recoiled as the strong dollar weighed on its global profit outlook.

Lonely in positive territory for most of the day, JP Morgan was resilient amid the surge in Treasury yields. Shares in the Jamie Dimon-led firm raced 1.09% higher to just under $120. Goldman Sachs followed closely behind with a 0.81% rally.