The Dow teetered on Thursday as Wall Street continued to wrestle with the fallout from the Federal Reserve’s second straight “insurance” cut.

Analysts have spent the past 18 hours poring over every word in Fed Chair Jerome Powell’s prepared remarks and post-FOMC press conference, and there’s one comment, in particular, that has begun turning heads.

The US stock market was quiet in early-morning trading. Futures had pointed to losses for much of the pre-market session, but the Dow Jones Industrial Average and its peers opened to slight gains at the morning bell.

President Trump’s ongoing war with the Fed has been largely one-sided, and aside from occasionally holding his ground when pressed on whether he will cave to Trump’s demands, Fed Chair Powell has mostly ignored the president in his public remarks.

However, that doesn’t mean he isn’t quietly pushing back against Trump. 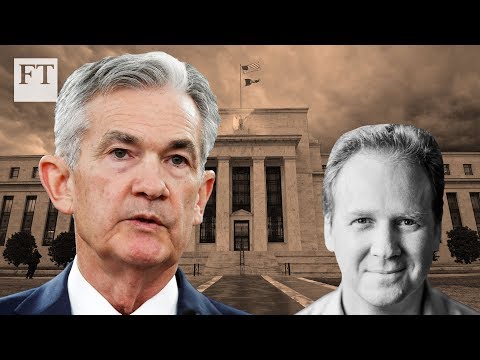 Powell has repeatedly enraged Trump (and frustrated stock market bulls) by declining to call for an aggressive rate-cutting cycle, even after voting for two consecutive rate reductions.

And following that second interest rate cut on Wednesday, Powell made several comments to reporters that increasingly look like savage – if subtle – jabs at Trump.

Reacting to the whiplash that has characterized Trump’s on-again, off-again trade war with China, Powell quipped that the narrative had probably shifted multiple times since he had begun speaking.

“Trade developments have been up and down and then up, I guess, back up perhaps over the course of this interview,” Powell said, according to a Reuters transcription.

That remark pales in comparison to the litany of insults Trump has lobbed at Powell and the Fed: gutless, bonehead, enemy, and so on. However, it’s about as close as one could expect the Fed chair to get to outright criticizing Trump’s leadership.

And Leaves the President With a Warning

But there’s one more thing that should make Trump – and investors – concerned: Powell has no plans to bail the president out if his unconventional – and often unpredictable – trade war strategy takes a toll on market sentiment.

“I do believe our shifting to a more accommodative stance over the course of the year has been one of the reasons why the outlook has remained favorable,” Powell said, subtly intimating that the Fed – not Trump – should take much of the credit for what the president has called “the greatest economy in the history of our country.”

In other words, if Trump wants the credit, he’s also going have to suffer the blame.