The Federal Reserve’s quarter-point rate cut on Wednesday was met with hostility by President Trump, who blasted Chairman Jerome Powell for lacking vision and being totally ‘gutless’ about helping the American economy. 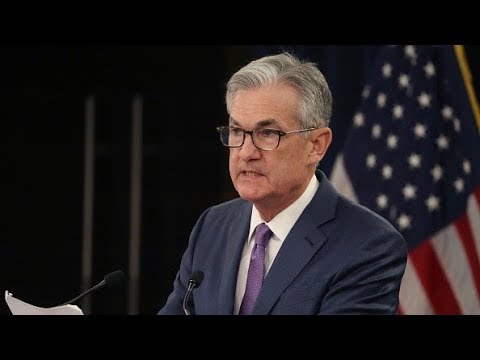 Trump took to Twitter Wednesday afternoon to complain about the Fed’s decision to lower interest rates. Based on Trump’s previous rhetoric, the president was looking for much deeper rate cuts and the re-introduction of new stimulus measures to put America on par with the rest of the globe.

“Jay Powell and the Federal Reserve Fail Again,” Trump tweeted about 25 minutes after the central bank delivered its policy verdict. “No “guts,” no sense, no vision! A terrible communicator!”

Jay Powell and the Federal Reserve Fail Again. No “guts,” no sense, no vision! A terrible communicator!

St. Louis Fed President James Bullard was the only central banker backing deeper rate cuts. He voted for a 50 basis-point reduction to the federal funds rate. Two others – Boston’s Eric Rosengren and Esther George of Kansas City – wanted the Fed to stand pat. Rosengren and George were also opposed to the July rate reduction.

The central bank’s “dot plot” summary of interest rate expectations left the door open to one more downward adjustment in 2019.

Trump’s position on monetary policy is unprecedented as far as U.S. leaders are concerned. On the one hand, the president claims to be engineering the best economy in the nation’s history. On the other hand, he’s demanding that the central bank lower interest rates and introduce a new round of quantitative easing – measures that are only reserved for a weakening economy.

In the case of quantitative easing, such measures are considered extreme as far as economic orthodoxy is concerned. Central banks introduced such measures after the 2008 financial crisis. More than a decade later, monetary policy has yet to return to normal.

U.S. GDP expanded 2% annually in the second quarter, well below the first quarter’s 3.1% expansion. The world’s largest economy is performing much better than its advanced industrialized peers but appears to have lost a step since the early days of Trump’s presidency.