By CCN.com: The US stock market returns to action this morning following Monday’s holiday break, and the Dow is gearing up for a triple-digit loss at the opening bell. The bitcoin price, meanwhile, experienced a jolt of volatility ahead of the US trading session to break out of what had previously been a relatively calm day for the cryptocurrency market.

As of 8:29 am ET, Dow Jones Industrial Average futures had declined by 144 points or 0.58 percent, implying an opening-bell loss of 135.35 points. The broad S&P 500 and tech-heavy Nasdaq also steeled themselves for losses at the open, with futures for the two indices down 0.60 percent and 0.68 percent, respectively.

With the US stock market closed on Monday in observance of Martin Luther King Jr. Day, futures trading had nevertheless portended Tuesday declines. As CCN.com reported, China published its official GDP growth statistics for 2018, which showed that the world’s second-largest economy had expanded at its slowest pace in 28 years.

That data emboldened US President Donald Trump, who implored China to “stop playing around” and “finally do a Real Deal” that would end the ongoing US-China trade war.

“China posts slowest economic numbers since 1990 due to U.S. trade tensions and new policies,” the president tweeted on Tuesday. “Makes so much sense for China to finally do a Real Deal, and stop playing around!” 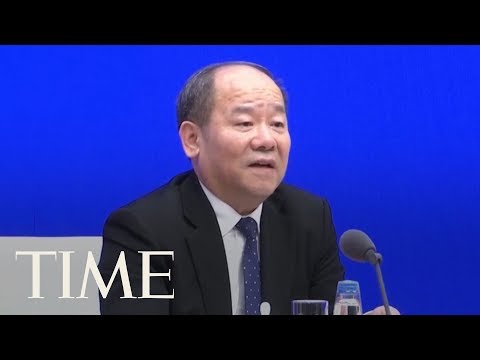 Hu Xijin, the editor of the China-based Global Times, responded to that tweet with a warning that Beijing won’t sign an “unequal deal,” even if the country experienced negative economic growth.

“China has hoped to reach a reasonable trade deal with the US. When China’s GDP grew at double digit rate, we wished China-US relations go well. But if the US forces China to sign an unequal deal, Beijing won ‘t yield even it is a negative growth, let alone 6.6%.”

Though not on a holiday itself, the cryptocurrency market had been relatively calm on Monday following Sunday’s moderate pullback. This morning, though, bitcoin and its would-be peers have begun to regain a bit of their characteristic volatility.

Day-over-day movements were relatively muted throughout the wider cryptocurrency market. The ripple price (XRP) declined by 1.22 percent to a global average of $0.317, while ethereum, bitcoin cash, EOS, litecoin, and bitcoin sv all moved by less than 1 percent. Stellar, whose price often moves in tandem with ripple, declined 1.33 percent to $0.102, and tron outperformed the index with a 4.51 percent jump to $0.026 that was likely connected to the announcement that TRX holders would earn an airdrop when the new BitTorrent cryptocurrency arrives.

Altogether, the cryptocurrency market cap — which measures the aggregate valuations of all cryptocurrencies — stands at $119.7 billion, representing a 24-hour increase of around $100 million.

Josiah Wilmoth
Josiah is the former U.S. Editor at CCN.com, where he focused on financial markets. His work has also been featured on Yahoo Finance and Investing.com. He lives in rural Virginia. Connect with him on LinkedIn or Muck Rack. Email him directly at josiah.wilmoth(at)ccn.com. Josiah Wilmoth is a Trusted Journalist.
Subscribe
0 Comments
Inline Feedbacks
View all comments
← PreviousGoogle Slapped with $57 Million Fine in Landmark GDPR Case
Next →Adios Panasonic? Tesla Is Fishing For A New Battery Supplier For Its Chinese Car Factory