Lisa Vanderpump is becoming collateral damage. The “Vanderpump Rules” star’s beloved restaurant, Pump, was vandalized in the wake of multiple firings from her show, with the most high-profile being Stassi Schroeder.

And while it’s terrible that Vanderpump was the victim of vandalism, it’s even more terrible that she didn’t step up and do something about the blatant racism of her supporting cast prior to this reckoning.

Lisa Vanderpump Knew What Was Going On

Lisa Vanderpump runs the West Hollywood eatery, Pump. Many of the “Vanderpump Rules” storylines are taped there, and the cast is frequently seen eating and mingling there. But not lately.

These days, Pump has been boarded up and “tagged” with graffiti that reads “Black Lives Matter.”

It’s unclear if, indeed, the #BlackLivesMatter movement was behind this, or if this was the work of just a random vandal (though common sense is leaning towards the latter).

It’s terrible that Vanderpump was the victim of vandalism. No one deserves to be a victim of a crime.

Yet Lisa Vanderpump knew good and well what Stassi Schroeder and the rest of her now-former castmates were doing — and saying — and chose to do nothing about it. 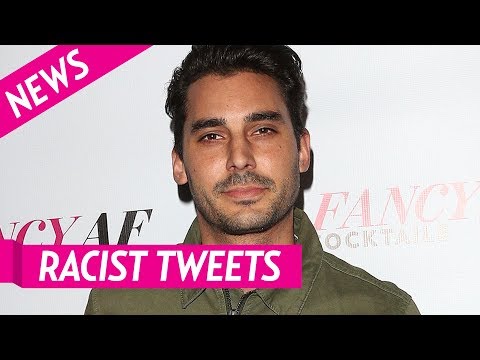 They Should Have Been Fired a Long Time Ago

It bears noting that the Stassi Schroeder story is not new. She and her fellow castmate Kristen Doute accused Faith Stowers of a crime she didn’t commit all the way back in 2018 — more than two years ago — on an episode of The B*tch Bible podcast.

And they followed up this accusation with a damaging tweet.

Hey tweeties, doesn’t this ex #pumprules thief look familiar? someone put her on mtv & gave her a platform for press. I didn’t wanna go there but I’m going there.

Why did they do this, you ask? Because Faith Stowers reportedly slept with Jax Taylor, and Schroeder and Doute were being “mean girls.”

And this is to say nothing of the outright racism of Max Boyens and Brett Caprioni, both of whom were also fired after their racist tweets — complete with the n-word — resurfaced. (They also both issued apologies, as if this made things better.)

Lisa Vanderpump knew good and well what her castmembers were up to. She chose to do nothing about it. In fact, she reaped the benefits of their horrible behavior with ratings, sponsorships, and promotions.

Just as she “enjoyed” the rewards, Lisa Vanderpump must now deal with the fallout. It’s what she deserves.